The location in the photographs is the junction of Springfield Road and Preston Road (A23 looking north and south). You can see the showrooms of Hartley & Midgley, who were the Brighton Ford & Fordson main dealers. The garage/workshops and petrol forecourt were situated on the opposite corner of Springfield Road out of camera shot in the first photo, but showing in the second photograph. Before Hartley and Midgley occupied the premises soon after the 1914–18 war, they had been occupied by Boots the Chemists. 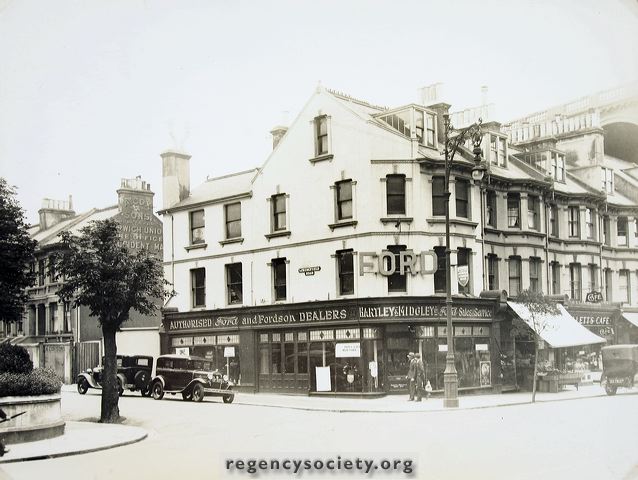 Hartley and Midgley Ltd photographed in 1929 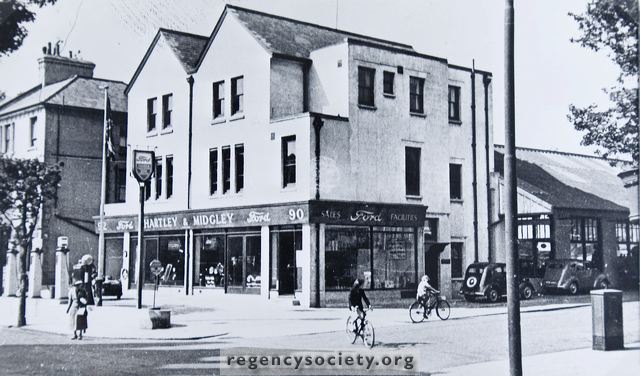 Hartley & Midgley photographed c1939; the view out of sight in the previous photograph – now demolished

Hartley & Midgley became established in the 1920s and existed until 1960 when the business was purchased by Tommy Sopwith son of the very famous aviator Sir Thomas Sopwith. The old antiquated workshops and stores were demolished and replaced by a brand new showrooms and workshop which opened in 1962 renamed Endeavour Motor Company. The old showrooms in the first photo later on became The Endeavour Accessory Shop. The new Endeavour showrooms and offices soon became one of Brighton’s landmark buildings; it all seemed to sit comfortably within its surroundings and when floodlit, it did brighten the area.

Site now a block of flats

Sadly the Endeavour building lasted barely four decades replaced in 2002 by an uninspiring block of flats. On a happier note what you see in the first photo is what you see today, but of course not those splendid 1930s motorcars and not so many of the lovely old chimney pots. But the magnificent railway viaduct still dominates the skyline above Preston Road: