The heart of Preston 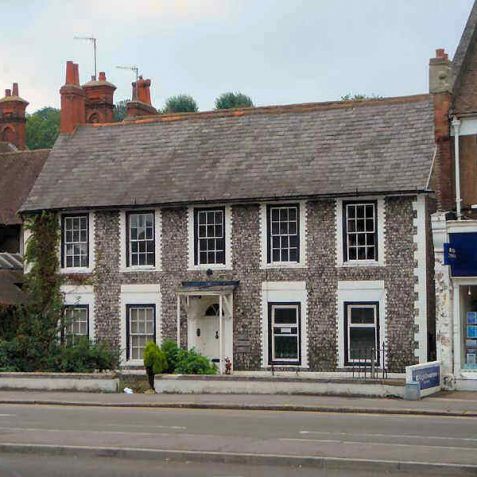 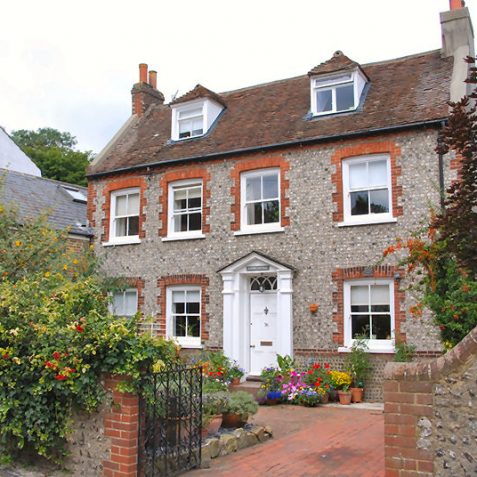 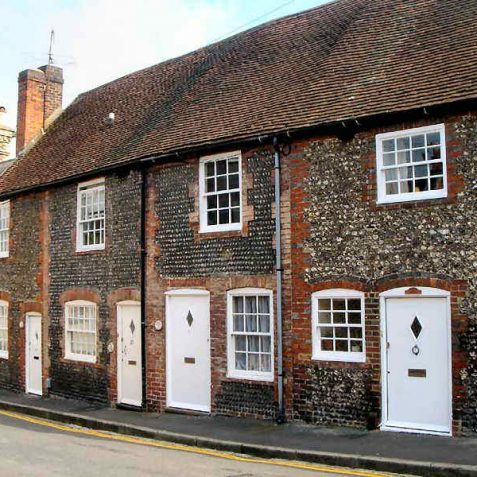 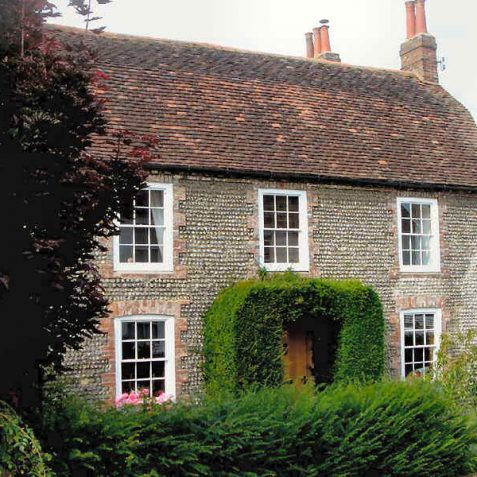 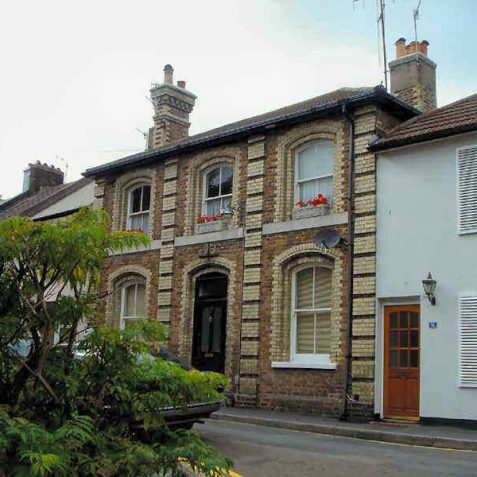 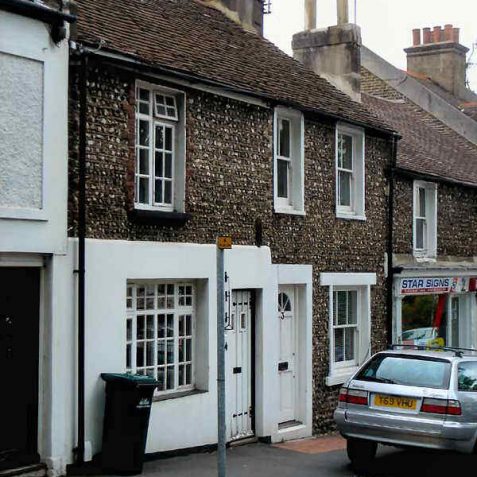 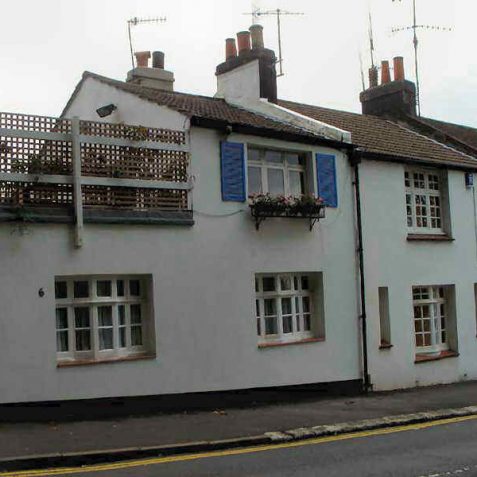 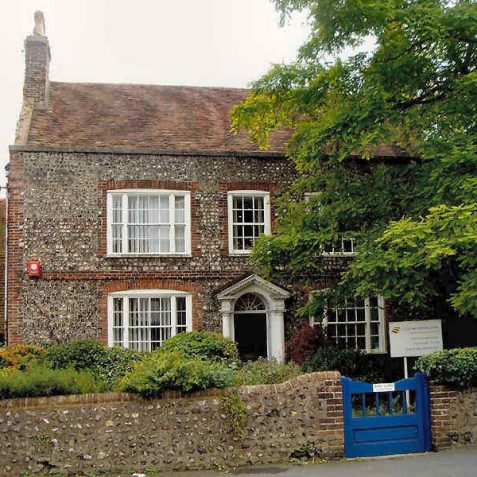 c) PRESTON ROAD : At 199 Preston Road, between Middle Road and South Road, stands the Old House, an eighteenth-century listed farmhouse which has also been used as tea-rooms. Unfortunately the glazing bars of two windows have been removed, but the house remains an outstanding example of knapped and squared flint work. The Crown and Anchor was the first coaching stop outside Brighton and was rebuilt in 1894, but it dates back to at least 1711. A small parish workhouse and lock-up, known locally as the ‘Black Hole’, stood at the rear until 1844. {15,44}

d) NORTH ROAD : The village’s northernmost road retains many old buildings, including no.28, Preston Cottage, an early-nineteenth-century cobble-fronted farmhouse, and the adjacent Garden Cottage, said to date from 1670 but with an eighteenth-century facade in knapped and squared flint ; it has an impressive Doric doorway, fanlight, and broken pediment. Both houses are listed. Nos.19-23, a pair of cobble-fronted cottages, and nos.23-27, eighteenth-century cottages faced in knapped flint, are also listed. Other interesting buildings include nos.11-15, three cottages with bow windows, and nos.29-37, small, refronted cottages. Preston Church of England Infant School, a small Gothic building, was converted into homes in 1985-6. On the northern side at the western end stands the Old Forge, a single-storey building in brick and flint. {44,123}

f) SOUTH ROAD: Preston Farm stood on the southern side of South Road for many years until the 1930s, but still standing is the Old Cottage, a former farmhouse faced in knapped flint with a good pedimented doorway, fanlight, and fluted Doric columns. Now a listed building, it is used by H.M.Customs and Excise, but although it bears the date 1636, the facade appears to date from the eighteenth century. The single-storey extension to the east has been divided between Mulberry Cottage and Little Barn. The large office building adjacent, Stanford House, was erected in 1908 as the original home of the Preston Club.
On the northern side, nos.1-4 are small flint cottages while nos.5-6 have bow windows, glazing bars, and shutters. To the east of these stands an old flint and brick malt-house, dating probably from the late eighteenth century and used by the Preston Brewery until the 1880s. It is now occupied by Braybons Ltd but is scheduled for redevelopment. {44,108,286}