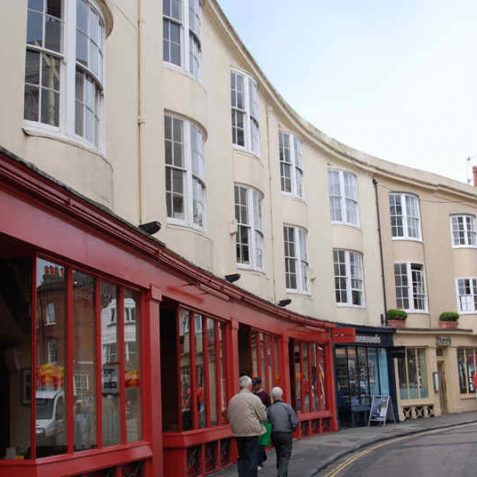 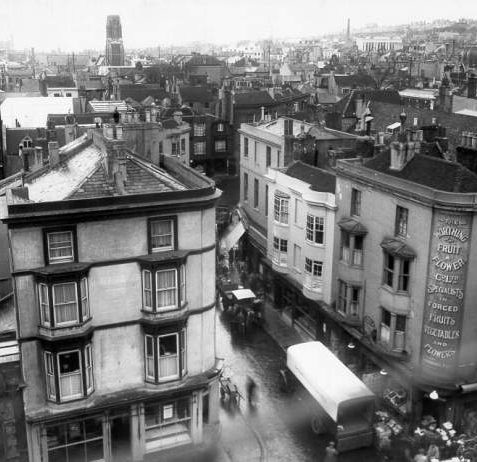 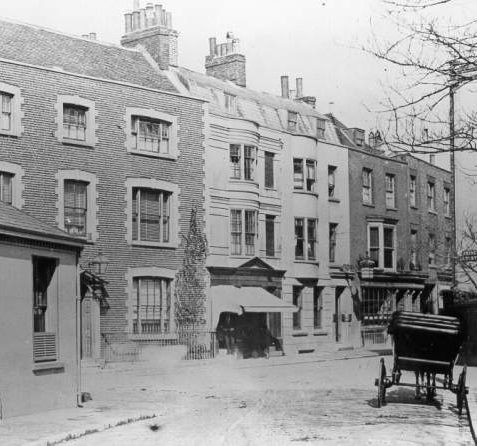 Ship Street and Prince Albert Street, 1872: This photograph shows an attractive group of late 18th and early 19th-century houses. There are wooden slatted Venetian blinds in the windows of the cobbled house on the left. These houses still survive, but they have been altered. The building on the far left of this picture has been replaced
Image reproduced with kind permission from Brighton and Hove in Pictures by Brighton and Hove City Council 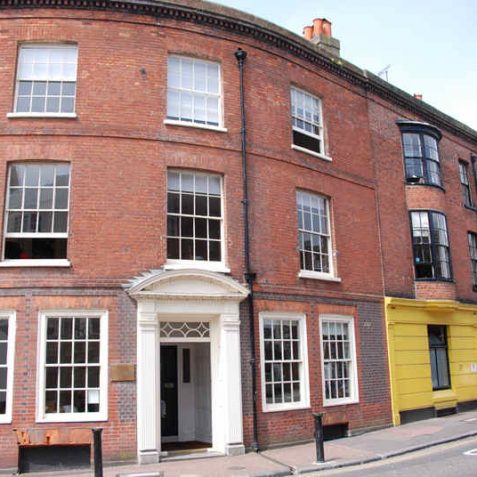 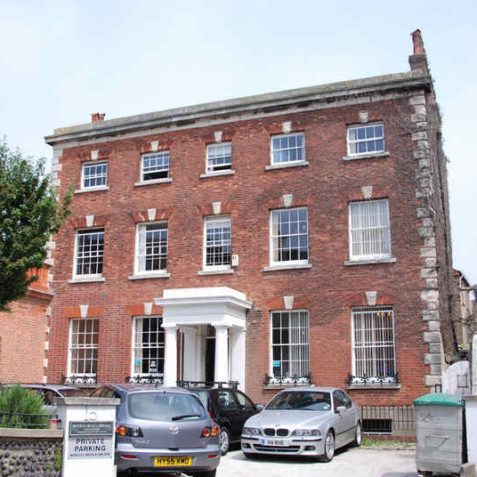 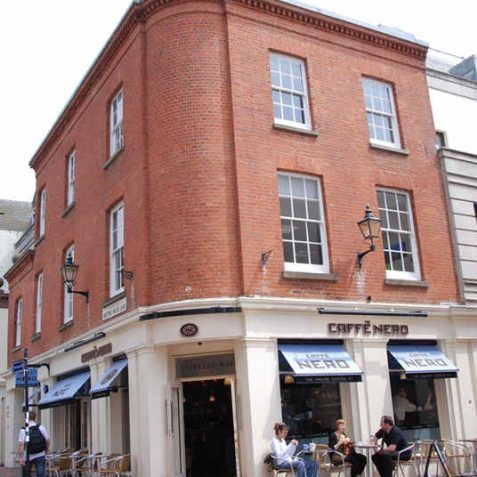 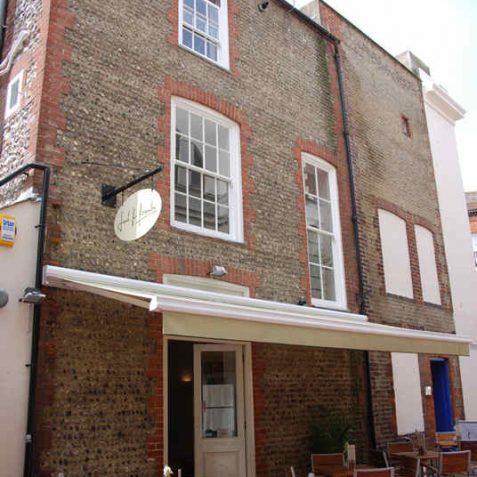 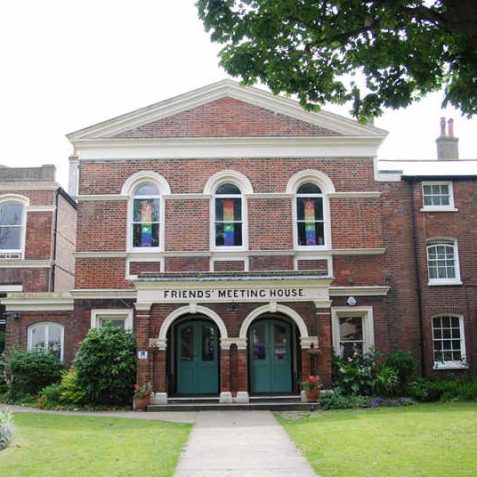 r) PRINCE ALBERT STREET : This thoroughfare through the Old Town was completed in 1842 to link Ship Street with Black Lion Street , Market Street and Bartholomews, thereby altering the ancient pattern of streets in the area somewhat. The construction involved the demolition of the old vicarage in Market Street and several houses in Black Lion Street , but nos.10-12 Prince Albert Street and no.15 opposite are red-brick listed houses of the late eighteenth century which formerly stood in Black Lion Street . No.15 is especially elegant, and unusual in Brighton with its Georgian brick facade and Doric porch. The adjacent single-storey Victorian shops towards Ship Street , with their terracotta balustered roofs, are both unusual and attractive. Other listed buildings of the late eighteenth or nineteenth centuries include nos.16 and 17-17a at the corners of Nile Street ; nos.2-8, a three-storey terrace with bows which was constructed contemporaneously with the road; and nos.22-24.
{44,112}
Approached along a path from the corner of Prince Albert Street and Ship Street , the Meeting House of the Religious Society of Friends was erected for the growing Quaker community in 1805, and was altered in 1850 and again in 1876-7 when the north wing was added. Now used as an adult-education centre, it has a large garden surrounded by a cobbled wall and is included on the borough council’s local list of buildings of special interest. This building replaced an earlier meeting house in North Street which stood near the eastern corner with New Road and was converted in 1700-1 from a malt-house. At the rear was about an acre of land, the Quaker’s Croft, a portion of which was used as a burial ground where the Pavilion Theatre now stands; both the meeting house and croft were sold in 1806, and shops were built on the site. Another burial ground was established at Rifle Butt Road , Black Rock , in 1855, but the interments were reburied at the LawnMemorial Park in late 1972 before the Marina road interchange was built on the site.
{15,64a,123,306}