Reconstruction of the railway bridge

The original bridge was built about 1839 when the railway from Brighton to Shoreham was under construction. At that time Sackville Road was known as Hove Drove and was merely a farm road connecting Hove Street with the Old Shoreham Road. Doubtless it was of the same width as the bridge about 16 feet. Sackville Road south of the bridge was built during the 1870s and 1880s, and the upper portion about 1900. 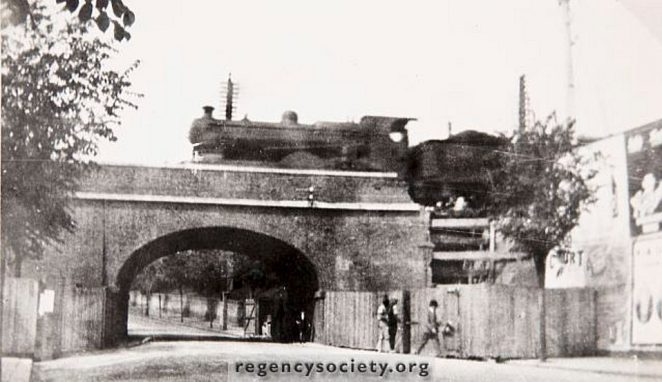 The bridge photographed in September 1926

For many years the old bridge remained as a great hindrance to traffic. As buses could not pass through the bridge, development to the north was restricted and the houses stopped at the top of Sackville Road. Reconstruction of the bridge started in August 1926. 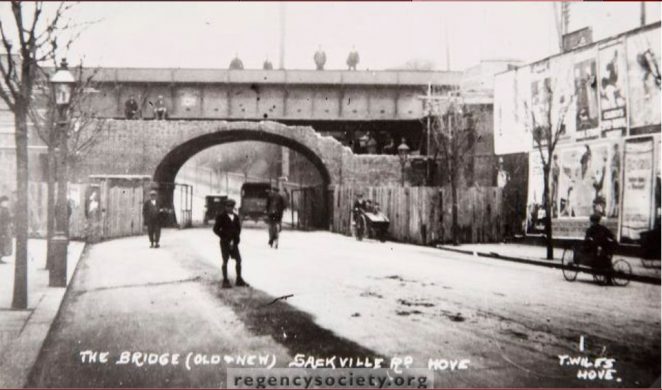 The bridge photographed in March 1927 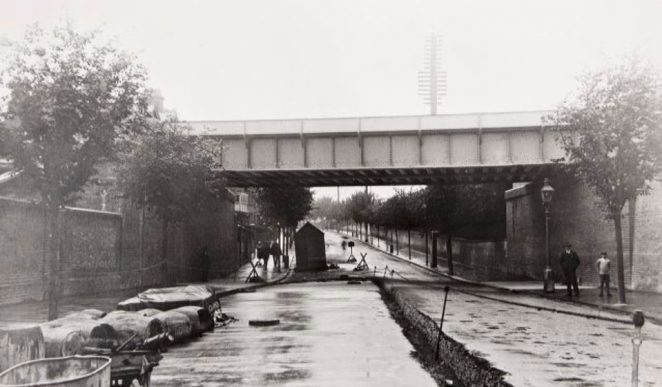 The bridge photographed in March 1927

As a condition of making a grant towards the cost of the new bridge the Ministry of Transport stipulated that the level of the roadway must be lowered by 12 inches to provide minimum headroom of 16 feet. After the remains of the old brick bridge had been removed this work was put in hand; the camber of the old roadway was also flattened out. 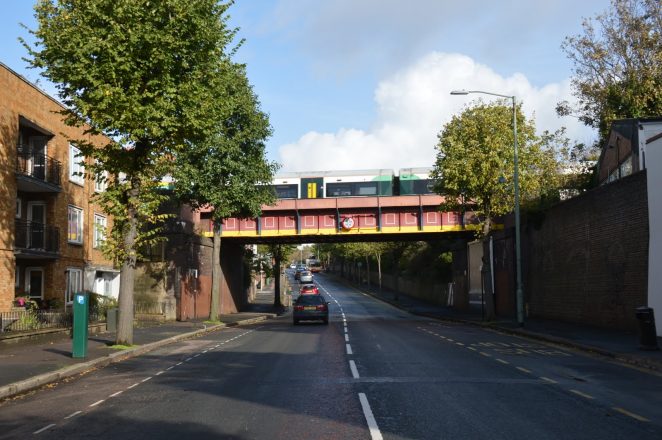 The bridge photographed in 2012