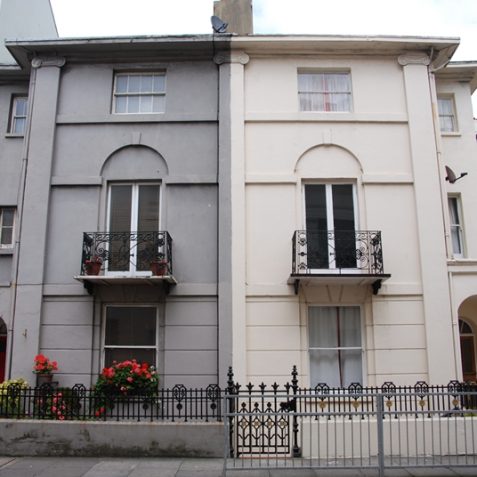 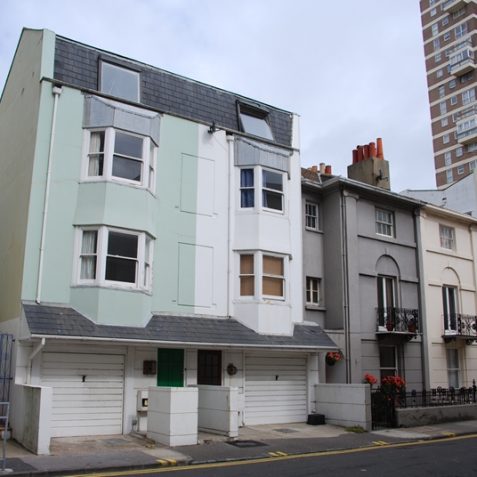 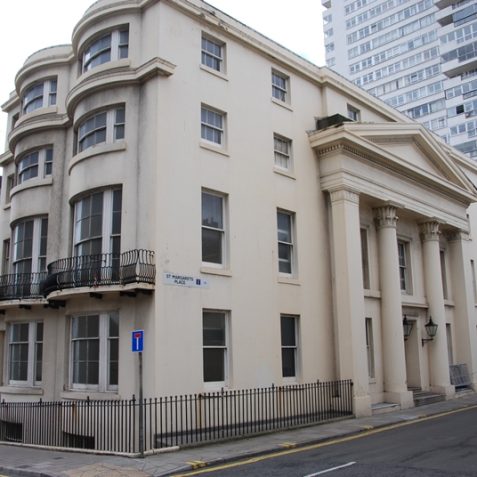 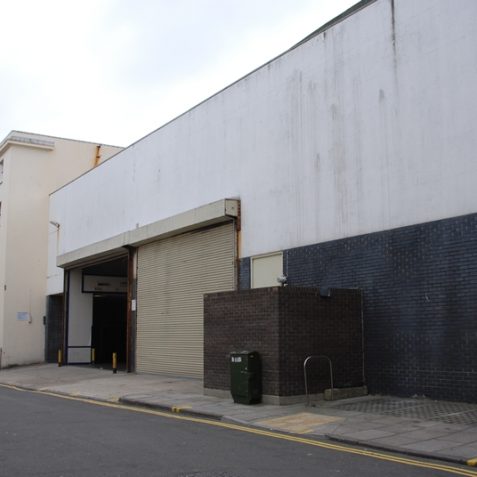 p) ST MARGARET’S PLACE: Built in the 1820s as Regency Cottages, the name was changed following the erection of St Margaret’s Chapel in 1824. Standing at the end of the road, this church was considered the best classical church in Brighton; it was designed by Charles Busby for Barnard Gregory, the editor of the Brighton Gazette, who named it after his wife Margaret. The stuccoed chapel opened on 26 December 1824, and was designed with an Ionic portico facing east and an octagonal turret tower. The large interior had wide galleries on three sides with a second gallery on the eastern side, and the 1,500 sittings were second only to St Peter’s. Some alterations were made by A.H.Wilds in 1830, and as the chapel proved popular with Brighton’s fashionable society it was further enlarged to include a double gallery at the western end; a chancel was added by J.Oldrid Scott in 1874. Attendances eventually dwindled though, and the last service took place on 30 September 1956. The church was demolished in June 1959 to make way for the Metropole Exhibition Halls, Sussex Heights, and a 250-space car-park (see “Metropole“).
Nos.2-3 on the northern side are listed buildings with Ionic pilasters, probably by Wilds and Busby. Opposite stands the grand entrance to the former Royal Newburgh Assembly Rooms, a listed building erected in about 1833 by A.H.Wilds for Charles Wright, a bookseller and librarian.  King William IV is said to have attended the opening, and the rooms were a social centre in the western town for many years. They were used by the French Reformed Church from the 1860s until 1887, but were later converted into flats. Now only the shell of the building remains, the interior being part of the Metropole Exhibition Halls. The entrance facade has two Corinthian columns either side of the doorway below a central pediment, but the ballroom which stood to the west has been demolished.