You are here: HomenextPlacesnextStreetsnextSt James's StreetnextSouthern side of the street

Southern side of the street 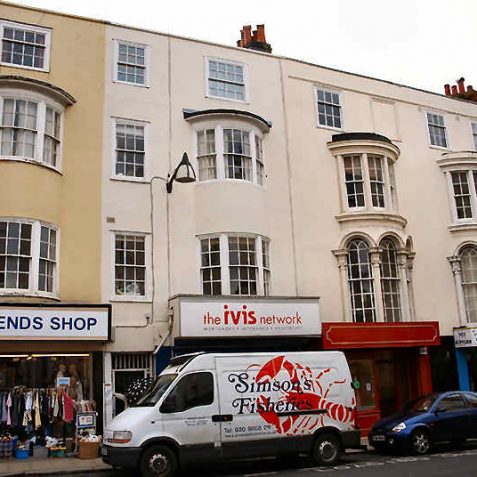 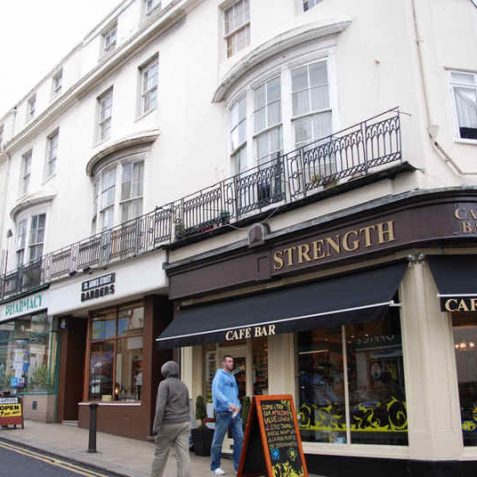 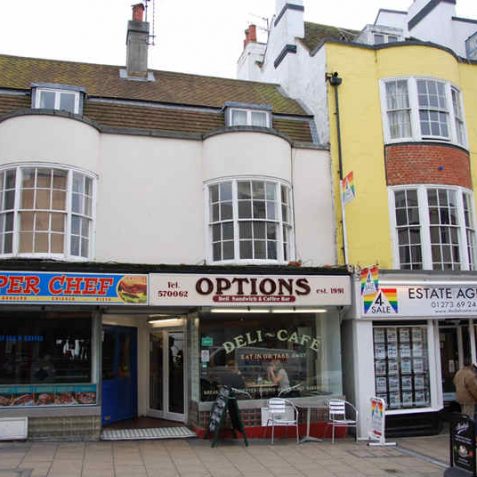 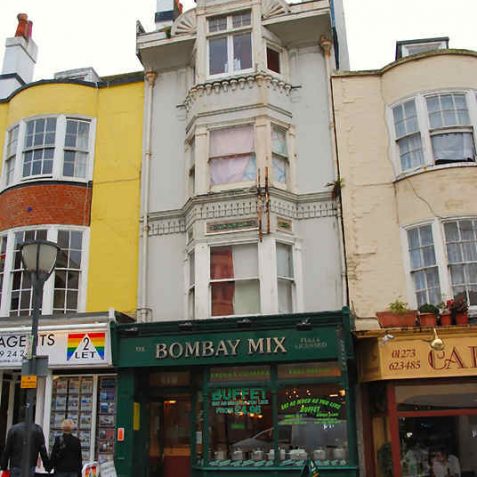 The principal shopping street of the eastern town was first developed in the 1790s to serve the East Cliff development, and was probably named after the Royal Palace of St James as it was known as such before the chapel of that name was erected. It remains the only major shopping street in the town not to have been widened, and a large number of original buildings, many faced with mathematical tiles , remain from the early nineteenth century. The resulting congestion led to the introduction of one-way traffic in 1968. {14,108,123}

b) SOUTHERN SIDE: The southern side of St James’s Street also has a number of early-nineteenth-century listed buildings. Listed grade II are: no.90; nos.95-99 which form a bow-fronted terrace, some faced with mathematical tiles; no.102, Gunn’s fishmongers, which retains its original bowed shop-front with small Ionic columns; nos.120-121 which have narrow bows and mathematical tiles ; no.129, a four-storey bow-fronted house faced with mathematical tiles ; and no.130, decorated with composite pilasters. The council’s local list includes: no.89 and the bow-fronted no.101, both faced in black mathematical tiles ; a four-storey composition with bows and balconies at nos.107-111; the bow-windowed nos.116-118; and the decorated no.119. No.64, a building with a balustered roof and urn decorations near the corner of Grafton Street, was used as a district police station from around 1857 until 1885. {44,83,306}