North from the Steine:Dorset Gardens 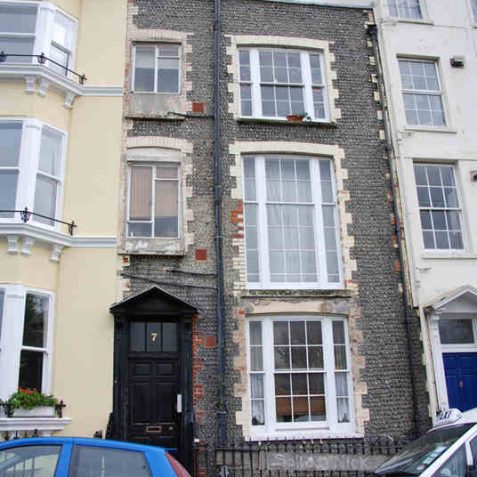 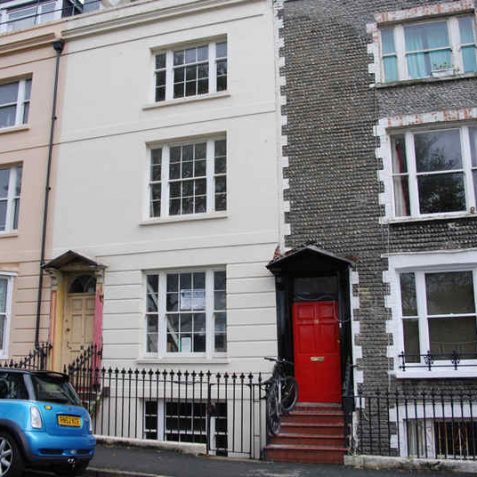 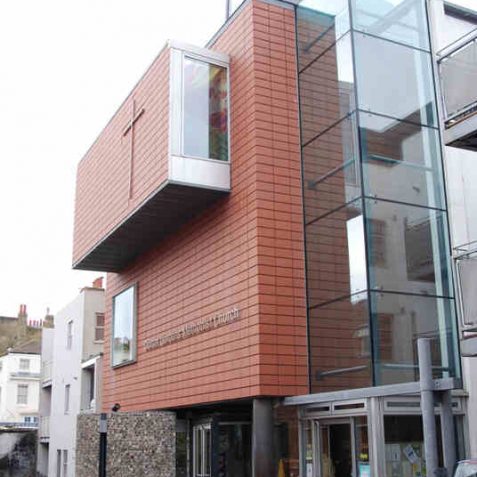 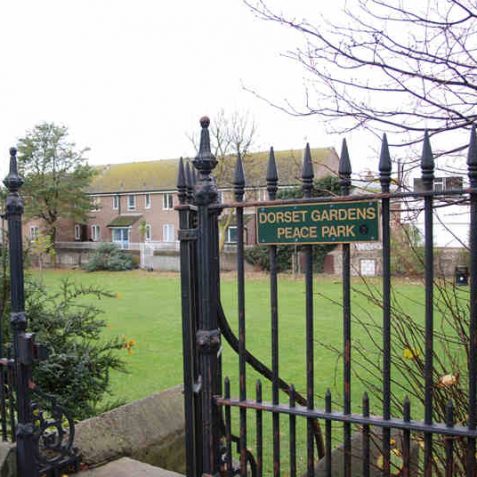 f) DORSETGARDENS: Lined with three- and four-storey houses of the 1790s on the eastern side. Many were refaced in the mid nineteenth century, but nos.7 and 12-18 retain their original facades and are listed buildings; nos.7 and 15 have flint-cobble fronts. The gardens cover 0.97 acres and were taken over by the corporation following the 1884 Brighton Improvement Act; in the late 1980s they were designated a ‘peace park’ with several trees symbolically planted. The Methodist church was built in 1808 and enlarged around 1840, but was completely rebuilt in red brick with terracotta dressings in 1884 by C.O.Ellison, with the southern extension added in 1929. It has shell capitals and an Italianate tower. The building is now used by the Dome Mission, founded at the Alhambra Music Hall in King’s Road by the congregation of the Norfolk Road Methodist Church; the growing attendances necessitated a move to the Dome in 1907. {44,62,123,126}