North from the Steine:Devonshire Place 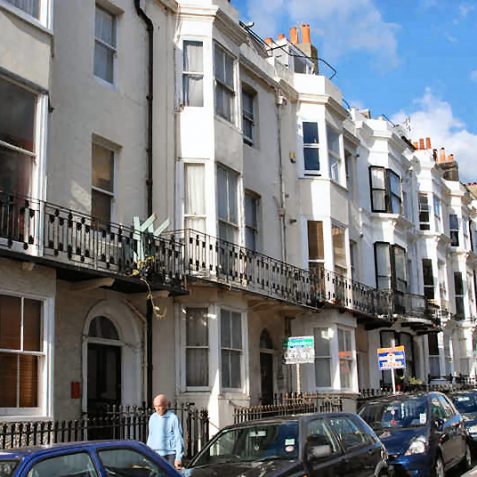 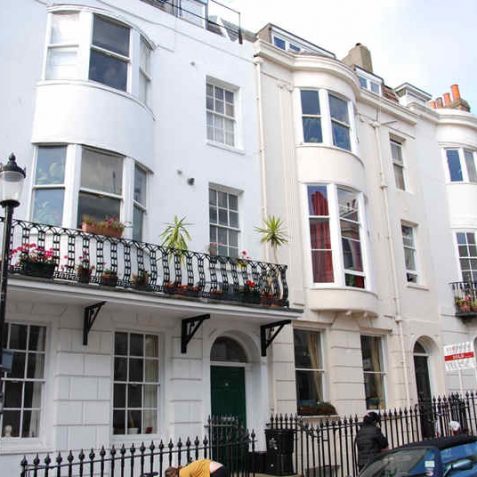 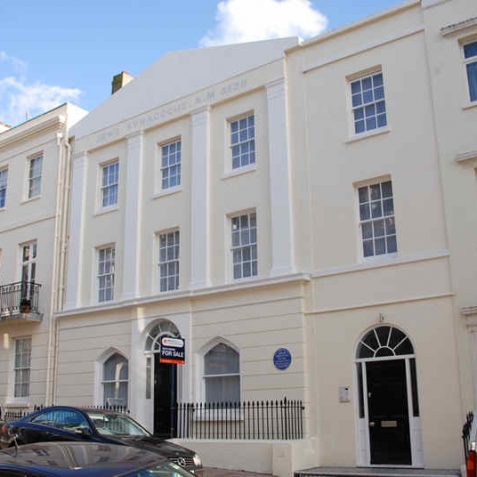 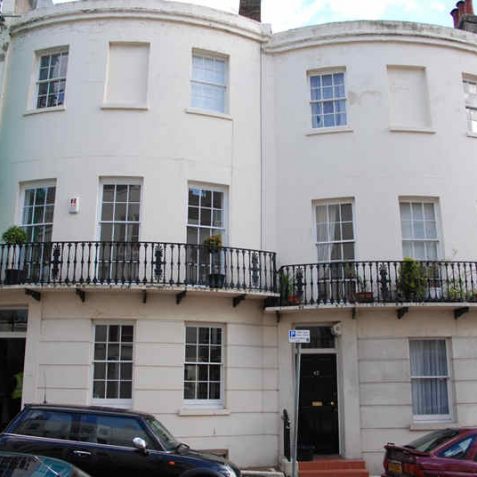 h) DEVONSHIRE PLACE: An attractive road of large, three-storey houses in varying styles, many with balconies. The wide bow-fronted nos.42-43 are listed buildings, as are the bow-fronted nos.10-11, 16-18, 36 and 40-41 which were probably designed by Wilds and Busby in the 1820s; nos.16 and 36 have fluted Ionic pilasters, while nos.40-41 also have fluted pilasters but no capitals.
Nos.37-39, also listed, were originally built in about 1826 as a synagogue for fifty people, but the premises were enlarged in 1837 by David Mocatta to include a school room and residence. The classical building, with Doric pilasters, was used as a warehouse after the Middle Street synagogue opened in 1874, and is now the Shape Health Studio. {44,66}