You are here: HomenextPlacesnextStreetsnextStapley Road, HovenextMemories of 1930s medical care 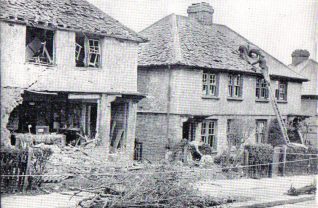 zoom
Mistakenly attributed in publication as Stapley Road, it is Olive Road
From the private collection of Peter Groves 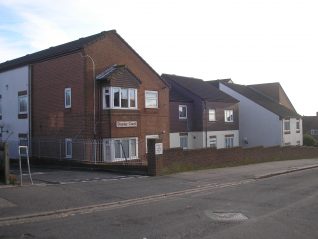 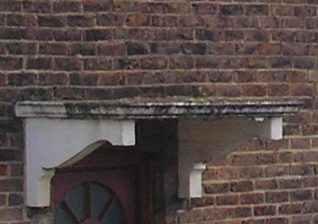 In the early 1970’s I worked with a chap who as a child was brought up in Stapley Road in the 1930’s.  He was staunch labour supporter, and when I asked why he told me this story!

Illness in the family
In the early 1930s his family had just moved into Stapley Road.  His mother was suddenly taken very ill and confined to bed, so ill, she was unable to get out of bed.  Some days passed without improvement and eventually his father decided that they would have to call a doctor out to her.  The charge for the doctor to visit was 2 shillings (10p) but they didn’t have the money.  His father sent him round to nearby neighbours to borrow a penny here and there.  Although they were new to the area, and most neighbours, like them struggled to make ends meet, he soon collected enough money.  The doctor was called, a diagnosis made and medicine sought.

NHS introduced in 1948
Years later, following WWII and being discharged from the navy.  He recalled that in 1948 the Labour administration and notably Aneurin Bevan introduced the NHS, with free health care for all!  He remembered his sick mother and the incident and humiliation of knocking on doors in Stapley Road to ask neighbours he barely knew for pennies.  It was then he said, I decided to join the Labour Party, and I’ve been a member ever since!

Drastic changes over time
This is a lovely story, and shows in terms of life span, just how drastically things can change.  It would have been impossible for that young lad to imagine, that within his life the houses in Stapley Road would be worth a quarter of a million pounds, especially as he knocked on doors asking for a penny!

Help with identification?
Looking at the 1946 bombing map of the area, it appears that three bombs fell near the Stapley Road and Old Shoreham Road junction, just south of Bellingham Crescent.  The photo shows the furthest house on the corner adjoining Old Shoreham Road.  I think I vaguely recall wasteland at the bottom of Stapley Road in the 1960s.  Was Stapley Court built on this land in the late 1960s or early 1970s?