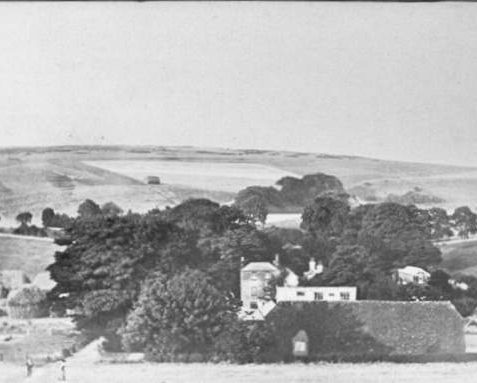 Bevendean, October 1906. A view of Bevendean as seen from the area now occupied by Plymouth Avenue and Fitch Drive. This area was formerly the estate of the Stenning Beard family, who owned a brewery.
Image reproduced with kind permission from Brighton and Hove in Pictures by Brighton and Hove City Council 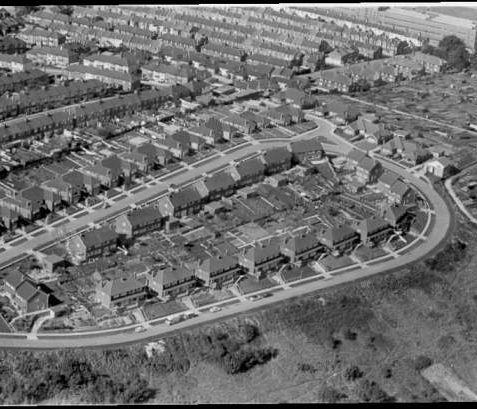 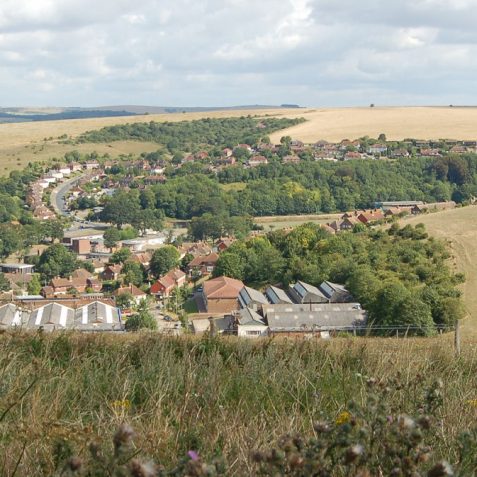 Bevendean in 2006
Photo by Tony Mould

The Domesday Book of 1086 recorded the manor of Bevendean, ‘Beofa’s valley’, to be worth £6 and held by one Walter from William de Warrenne. It was eventually divided between two estates, Lower and Upper Bevendean, which were acquired by the corporation in November 1913 and January 1940 respectively; the whole Bevendean area was annexed by the county borough from Falmer parish on 1 April 1928. Lower Bevendean Farm was originally accessed from Bear Road by a trackway now known as Bevendean Road and had an eighteenth-century farmhouse, but the buildings were demolished to provide the open space known as Farm Green between Auckland Drive and Bevendean School. Upper Bevendean Farm survives however, and has a late-nineteenth-century farmhouse approached from Warren Avenue, Woodingdean. {1,282,289,305}

The first development of the Lower Bevendean estate came in the early 1930s when the corporation extended its housing from South Moulsecoomb up the valley on Bevendean land: thus 85-123 and 110-120 The Avenue (eastwards from the cross roads at the western end of Manton Road), plus Lower Bevendean Avenue, Upper Bevendean Avenue and Manton Road, are part of Bevendean. At about the same time, the Widdicombe Way/ Bevendean Crescent area was developed privately and was also known as part of the Bevendean estate, but it is now normally counted as part of the Moulsecoomb district. {83}

With a pressing need for new homes in the post-war period, the greater part of the Bevendean housing estate was rapidly developed higher up the valley from 1948 by the corporation, which named the roads after English castles. The population of Bevendean is now around the 4,000 mark {277}. Bevendean Barn, at the corner of Auckland Drive and Heath Hill Avenue, was used as a chapel for the estate from 1953, but it was replaced in 1963 by the Church of the Holy Nativity, a Modern-style building in brick, mottled knapped-flint and cobbles by Richard Melhuish Ariba. The industrial estate at The Hyde was developed from 1955; the first factory was Elizabeth English shoes, followed by Hibberd furniture, Brighton Sheet Metal works, Redifon, Canada Dry and Gulton Europe. {83,123,124,311}