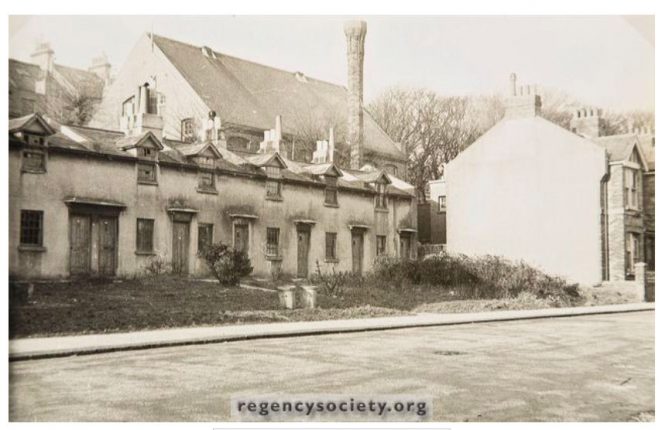 When Spa Street was demolished in the late 1890s under a slum clearance scheme, and replaced by Tillstone Street which runs from Park Hill to Eastern Road. It contained a row of almshouses built in 1852 by the Soames family for needy widows over sixty years of age remained on the site.  In the background of the first photograph is the chimney of St Andrew’s Presbyterian Church.

The cottages remained in occupation until the mid 1960s. They were then demolished and Brighton Corporation subsequently built six one-bedroomed flats as shown in the second photograph.

Click on the photographs to open a large version in a new page. 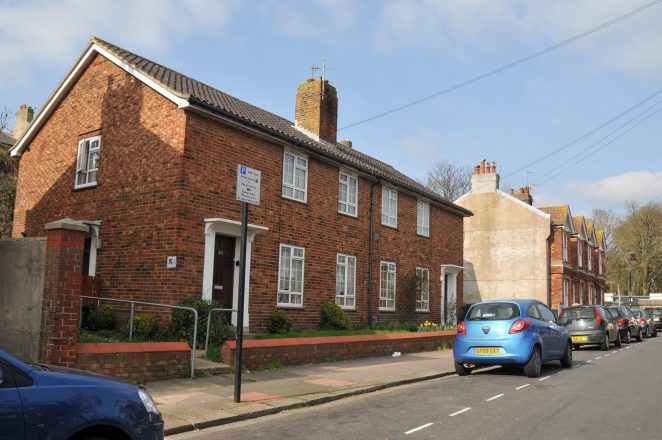