When we opened Solstice Bookshop at No. 28, Trafalgar Street was the last vestige of civilisation before entering the hinterland that was Cheapside and the New England Road area.

Variety of shops
Most of the north side of the street was empty of shops, bar a few gems such as The Pottery Workshop run by the indefatigable Peter Stocker. The Golf Shop which later moved out to the Lewes Road, and GB Liners were there too.  On our side of the street, there was the Steam Bakery at the bottom, where you could get lovely bread and top ‘Dog Rolls’. Of course there was  the Lord Nelson pub for your pint or three of Harveys.

Great bookshops
Bioscope Books were next door to us, selling a fantastic range of books relating to film plus a great general second hand section; then another second hand bookshop which I think was called Trafalgar Books. A great newsagents was next door to us, they must have thought we were very weird…we were. 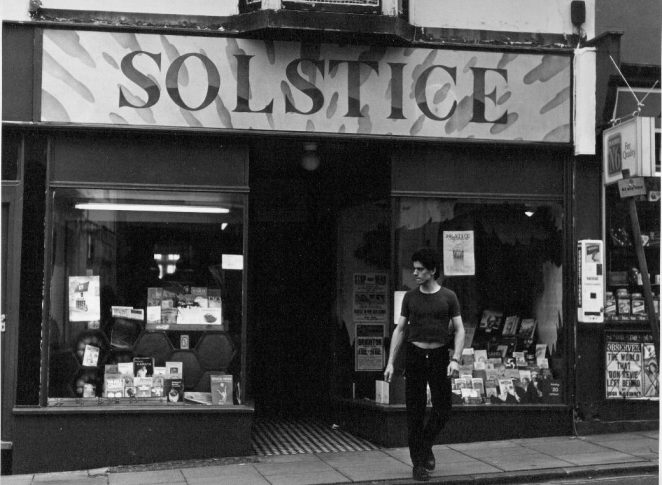 Sydney Street
Sydney Street, around the corner, had vegetable shops, butchers and all sorts of useful stores. No comment about some of the shops there now. Clippers Barbers was there too, and still going strong in 2009. A great toy shop, called Gamer, was also there. They were the original independent toy shop, and first sellers of computer games.

Remember the hippy food stall?
Other businesses in the Trafalgar Street included Bernard Luper, quality tailors, near the Station. I also remember a small department store on the corner of Pelham Square, which became Plumbwells; I cannot remember the name.  Nearby was Baron Langham the insurers,who used to have a variety of veteran motorcycles in their window for many years into the ’90s. There was a funky hippy food stall just opposite Cheapside, where you could get a bean stew and bulgar for next to nothing.

Anyone remember any more shops and businesses I have forgotten?