The first photograph here shows Waterloo Place in 1946, when it was a terrace of fourteen elegant houses with bows, balconies, verandahs and Ionic pilasters, built in about 1819 by A. and A.H.Wilds, but unfortunately only numbers 1-2 survive. The rest of the terrace was demolished in the early 1970s and replaced by what was then called, Wellesley House, surely one of the most lamentable planning decisions in the town. 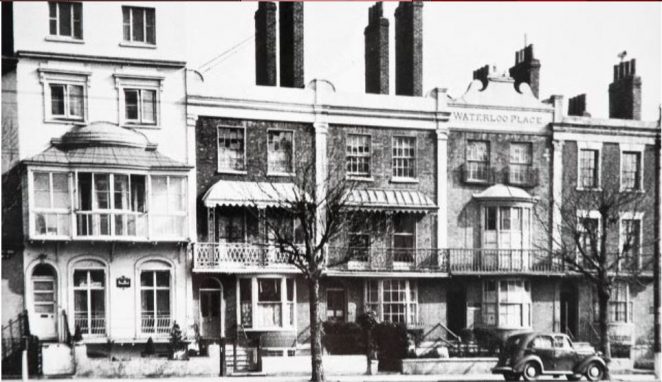 Waterloo Place, as it looked in 1946. Number 9 is the second from the left. Charles Augustus Busby, the renowned Brighton arichitect, once lived at number 11.

Photograph number two illustrates the bizarre situation in 1970. Developers bought most of the 1820s houses to build fresh offices, but Miss H. Silvester who had lived at number 9 for 50 years, turned down all offers for her property and refused to budge. The new blocks were built either side, and her house shored up. She was in the house when the photograph was taken on 15 February 1970, some years after the offices were built. She died in March 1974, aged 89; her house was then demolished and the offices linked up. 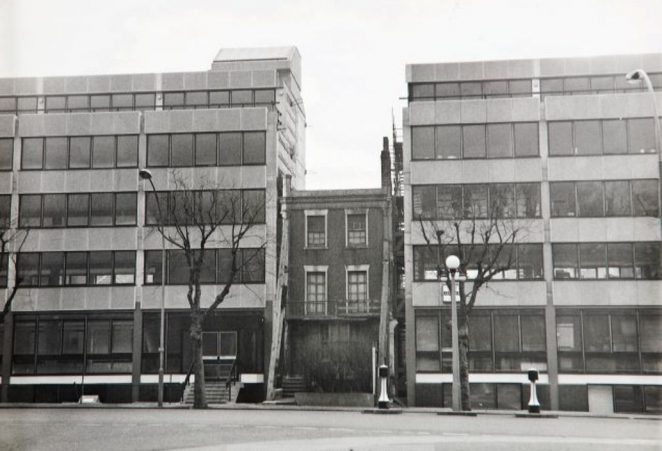 Number 9 Waterloo Place, sandwiched between the two ugly parts of the new building.

The third photograph shows the block which is now called Phoenix Brighton and is home to an artist led organisation which lets out space for artists, stages exhibitions, runs workshops, art courses and lots more. This is a very laudable use of the building, but when I look back at what it replaced, I find it extremely difficult not to be thoroughly depressed. 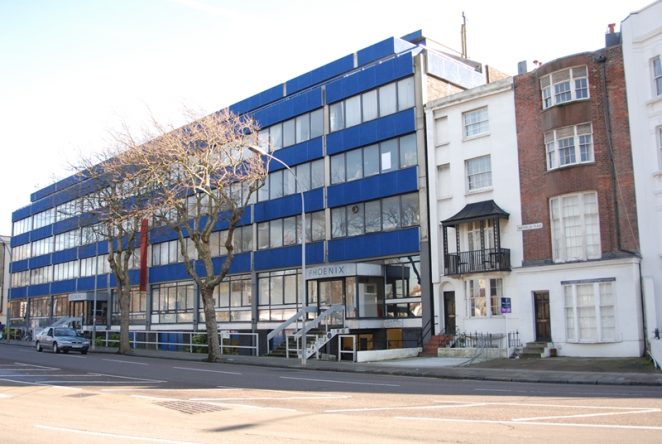 This photograph was taken in 2008 before the huge advertising board which now covers the Phoenix Brighton building was taken.