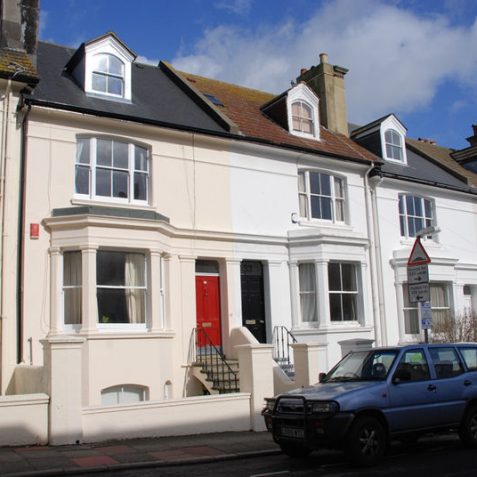 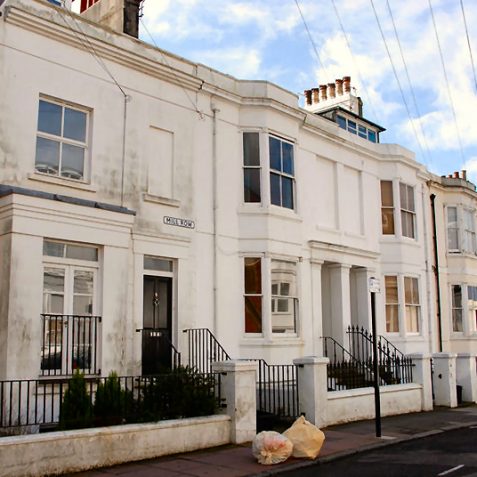 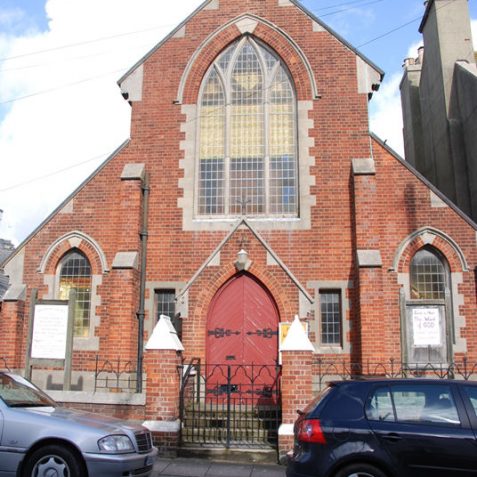 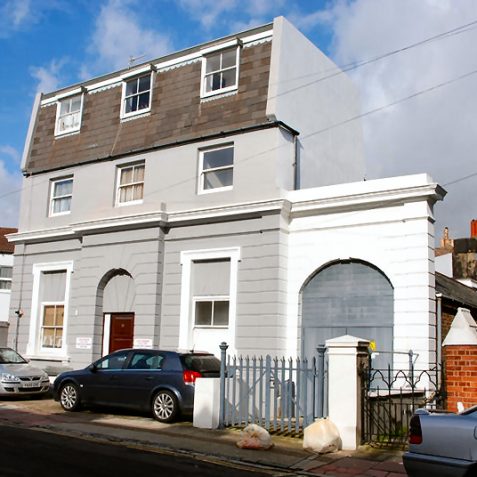 West Hill is the name given to the eastern part of Church Hill rising westwards from Brighton Station, Queen’s Road and the central valley. It was developed in the 1840s and ’50s with ‘working-class’ and ‘middle-class’ terraced housing near the station, and in the 1870s with large villa residences in the grounds of the former workhouse {83}. Designated a conservation area in 1977, the streets of main interest are detailed below, but see also “Dyke Road” and “Queen’s Road“; also “Railways – Brighton Station“, which was added to the conservation area in 1988

k) WEST HILL ROAD: No.26 was a police station from 1876 until 1919 {164}. Adjacent is the Providence Chapel, erected as the Nathaniel Episcopal Reformed Church in 1894-6 by Charles Hewitt; the present congregation moved from Church Street in 1965 when their former chapel was demolished {62,311}. The garages opposite stand on the site of Hodson’s Black Mill, a twelve-sided smock-mill built in 1808-10 which was said to be the finest structure of its kind in the country. It was demolished in June 1866, but the original brick base remained and was used as a coal-store and garage until removed in 1966 {129,249a,249b}.