You are here: HomenextTopicsnextBrighton and Hove RevisitednextWest Street shops in 1984 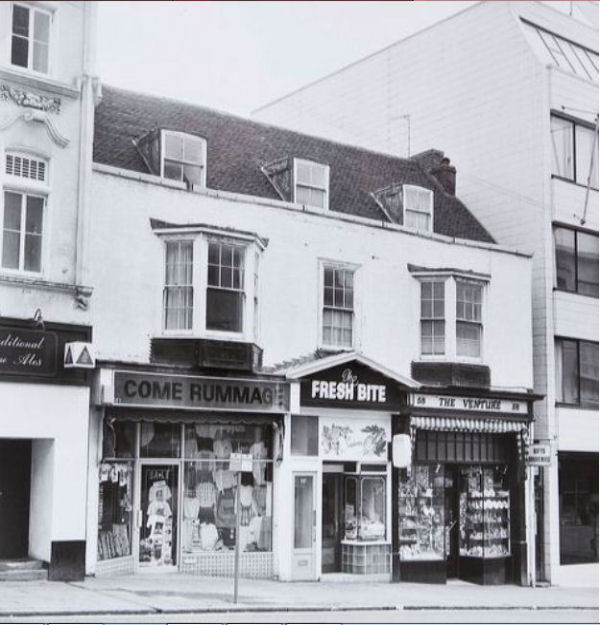 This image above, is a very clear photograph of one of the old West Street private houses, taken on 25 March 1984, when demolition was already threatened. During its long life, exact length unknown, its most prominent occupant was Alderman S.H. Soper, Mayor of Brighton in 1890, who founded his drapery Emporium at 78/83 North Street in 1860.

He lived in this house from about 1870 well into the 1900s, after which it became an annexe to his nearby store. Later it was made into these three small shops with offices above. It was demolished in 1986. So passes from the scene another part of ‘Old Brighton’.

Do you remember these shops? Did you buy your sandwiches in ‘Fresh Bite’. And what would you find in ‘Come Rummage’ – the mind boggles. If you have any memories of these shops please share them with us by posting a comment below. 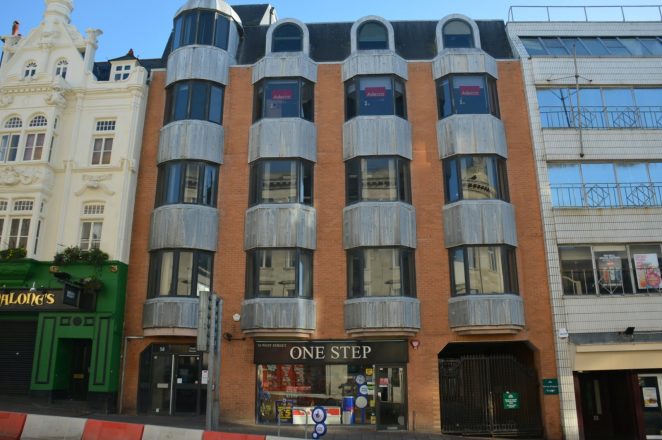