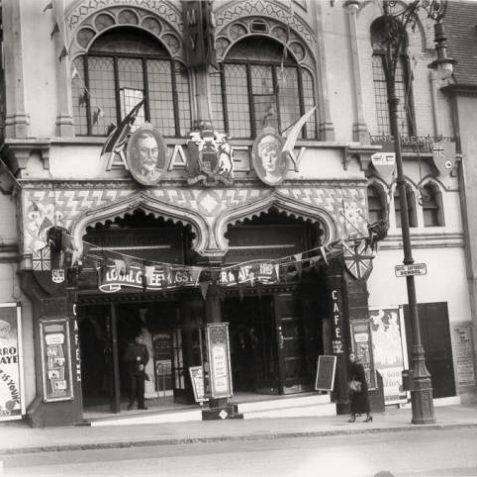 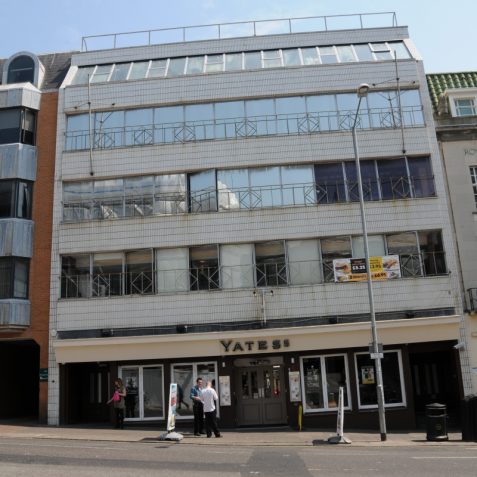 Site of the former Academy Theatre
Photo by Tony Mould 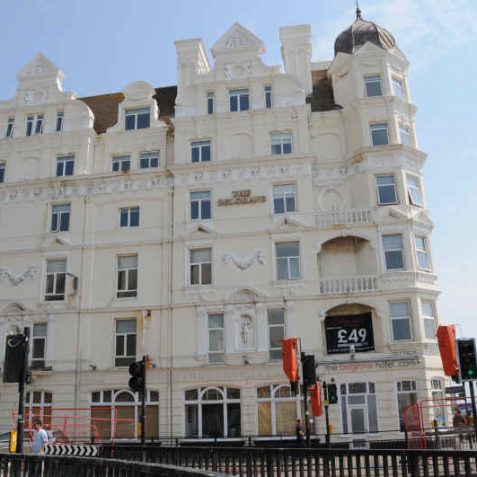 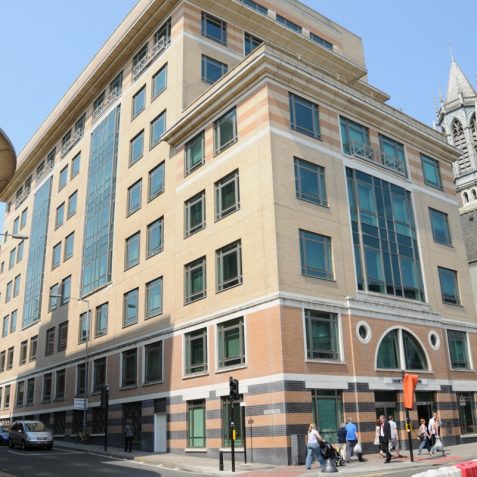 The site of the old Odeon cinema
Photo by Tony Mould

b) INTERESTING BUILDINGS: West Street, on the shortest route from the railway station to the sea, has become a centre of the town’s night-life and is lined with discotheques, cinemas, public houses, restaurants and amusement arcades. The western side has several office blocks in distinctive 1930s styles, while the eastern side dates principally from the late nineteenth century. However the elegant no.77, Genghis Khan’s restaurant and Swifts cocktail bar, has two wide bows and dates from the early nineteenth century. Now a listed building, it was used by the local gas company as an office from 1882 until about 1967. The adjacent Booths Leisure amusement arcade occupies the ground floor of the elegant West Street Mansions, while the nearby Leisure Centre arcade at the corner of South Street occupies the former Chatfield’s Hotel. Rebuilt in 1899, it bears the monogram ‘CH’ and has a highly decorated facade.
Higher up the street, Academy House stands on the site of the Academy Cinema. Opened on 6 June 1911 by E.E.Lyons, the cinema was entirely rebuilt in 1913 with the capacity nearly doubled to 800 seats, and a regular programme of early ‘Kinemacolour’ films was presented; sound equipment was installed in October 1929. During 1931 it was briefly known as the Tatler, but the Academy closed on 24 January 1973 and was then demolished. At no.57 stands another listed building, the Nellie Peck public house with its highly decorated, late-Victorian facade adorned with coloured figures, cupola and weather-vane. Dating originally from the early nineteenth century or possibly before, it was known as the Carpenters Arms or Compasses, but became Christie’s Hotel in about 1901 and The Bosun in the 1970s. It then reverted to the original name before becoming the Nellie Peck in 1986 {15}. Another cinema in West Street was the Novelty Electric Theatre which operated at no.27 for two years from 1911 in a converted bazaar but was demolished in 1934. {44,68,68b,83}
The 140-bedroom Oak Hotel, an exhibition facility and an office development are under construction on the western side of West Street at the junction with Russell Road. The northern half of the site was occupied by the Odeon Cinema, a 1,350-seat auditorium which opened in December 1937. It closed when the Kingswest Odeon complex opened in 1973 and remained empty until it was demolished in 1990. The other half of the site was occupied by the S.S. Brighton and prior to that by a number of buildings including the George Inn where Charles II stayed overnight in October 1651 during his escape to France; a branch of oak was hung out of the upper window on every anniversary of his stay. Later changing its name to the King’s Head, the inn was rebuilt in the early twentieth century but was demolished in 1933. A later George Inn stood at the corner of West Street and Kent Street. {15,18,19,68,68a,123}