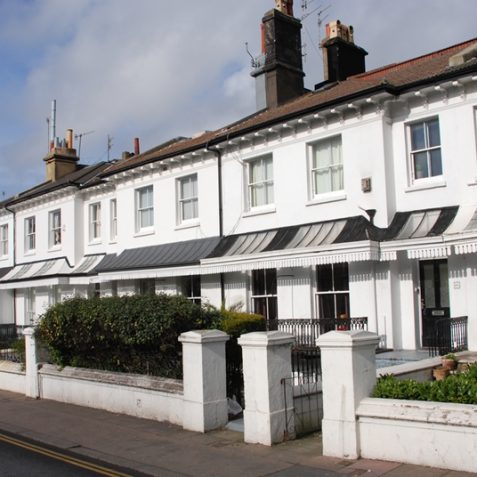 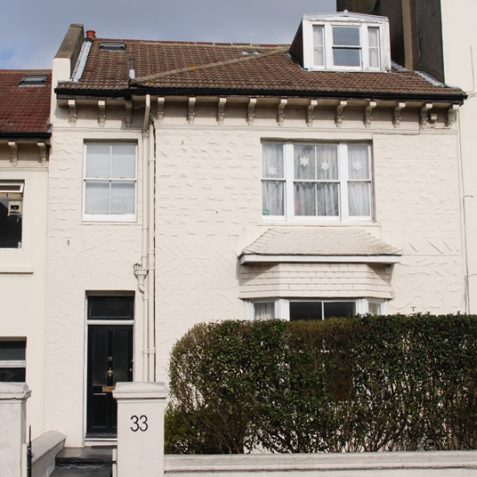 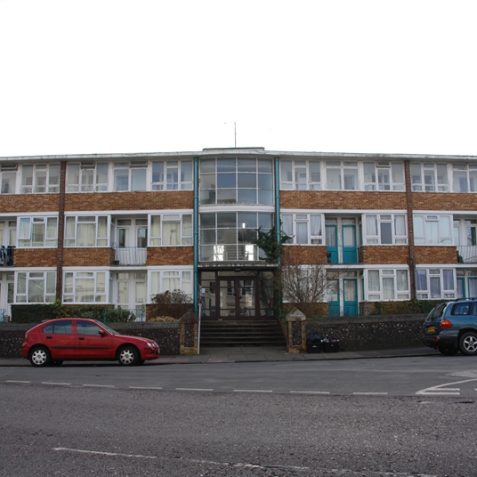 West Hill is the name given to the eastern part of Church Hill rising westwards from Brighton Station, Queen’s Road and the central valley. It was developed in the 1840s and ’50s with ‘working-class’ and ‘middle-class’ terraced housing near the station, and in the 1870s with large villa residences in the grounds of the former workhouse {83}. Designated a conservation area in 1977, the streets of main interest are detailed below, but see also “Dyke Road” and “Queen’s Road“; also “Railways – Brighton Station“, which was added to the conservation area in 1988

b) BUCKINGHAM PLACE: Nos.5-19 form an attractive, Italianate listed terrace of about 1845 with balconies and verandahs. Artist Richard Henry Nibbs (1816-93) lived at no.7 from 1873 until his death, having previously resided at 8 Howard Place. He painted in Brighton from at least 1834, and was renowned for marine, architectural and topographical views. No.49, St Anne’s House (formerly Compton Lodge), is a large, four-storey listed house with a fluted Doric porch and balcony, and dates from about 1820; it was once a convent and home for crippled children, and for many years had an observatory on the roof. {44,83,123,140}
Buckingham Lodge at the corner with Compton Avenue stands on the site of All Saints’ Church. Designed by Richard Cromwell Carpenter in Gothic style, the church was erected by George Cheeseman in flint for Revd Henry Wagner in 1850-2. It had a small tower at the north-western end topped by a turret. All Saints’ was demolished in 1957, but the altar was removed to the south chapel of St Michael and All Angels’ Church; the church hall still stands at the rear of the flats. {1,45a,62,64a,65}