You are here: HomenextPlacesnextTransportnextHighdown Road railway cuttingnextAn interest in the past

An interest in the past 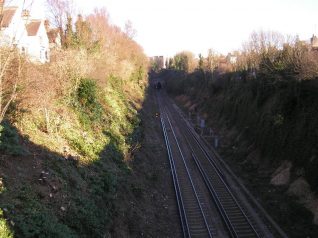 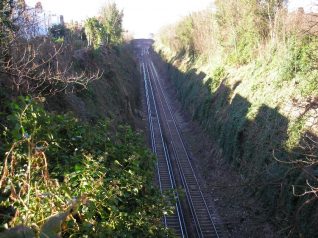 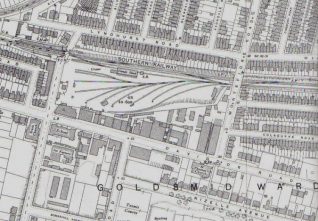 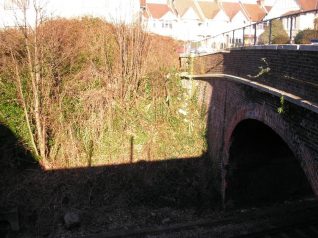 zoom
The north west embankment of Holland Road bridge, where the wooden steps came down from the ticket office and platform
From the private collection of Peter Groves 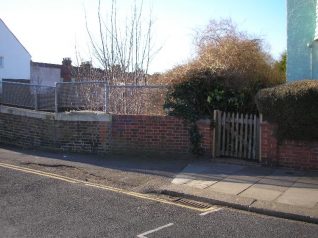 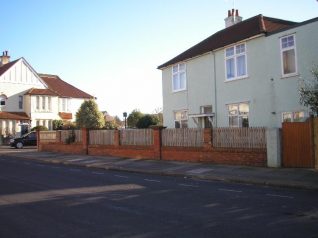 zoom
Lyndhurst Road, directly behind Holland Road Halt. Poorly matching brickwork hides the spot where the light aircraft crashed in the 1930's
From the private collection of Peter Groves

The railway cutting between Addison Road and Highdown Road has fascinated me since moving to the Goldsmid area in 1994. My young son Tom loved to be held high on the Montefiore Road bridge, to watch the trains go by below. My interest is also in trying to comprehend the enormous amount of spoils removed during its construction. Sure, this is no particular special feat of civil engineering, however the sheer depth of the cutting made me think of the effort and manpower required to dig it.

South Coast Railway line and the cutting
The South Coast Railway line to Shoreham opened in May 1840, just over a year earlier than the completion of the London to Brighton line in September 1841. The line leaves Brighton Station and sweeps round below Howard Terrace and under New England Road, then into the tunnel under Dyke Road, before emerging between Addison and Highdown Road in the deep cutting. At this point in 1840 the line ran through open land, the new development of Brunswick Town to the south beyond the Wick Estate. The depth of the cutting between the Dyke Road tunnel and Montefiore Road bridge is probably nearly 100 feet, and of significant width. The cutting shallows as it approaches the former position of the old original Hove Station and Holland Road Halt at the junction of Holland and Lyndhurst Road.

Original Hove Station
The original Hove Station was on the east (Wicks) side of Holland Road bridge. It opened with the line in 1840 to serve the new Brunswick development just down the road. It closed in 1880, having been superseded by Cliftonville and West Brighton Station, half a mile to the west in 1865, which was renamed Hove in 1895. Coal sidings were then built on the site of the old station and adjoining land to server the Electric Light Company.

Poorly matching brickwork hides the past
Holland Road Halt opened in 1905 on the west side of the Holland Road bridge, opposite the site of the original Hove Station. Wooden platforms were on both the up and down side, accessible by flights of wooden steps, as the cutting was still quite deep. A small ticket office was on the north side. The station closed in 1956. A closer look at the wall around the bridge tells the story of where both entrances once were. Poorly matching brickwork hides the past!

Poorly matching brickwork has another story to tell close by in Lyndhurst Road, directly behind the station. In the early 1930’s a light aircraft crashed into the front garden of the house on the corner of Holland and Lyndhurst Roads. It clipped the roof before hitting the garden wall, which was mostly destroyed. Again a close inspection of the brickwork tells the tale of the past. Luckily the pilot bailed out and landed safely in Dyke Road.