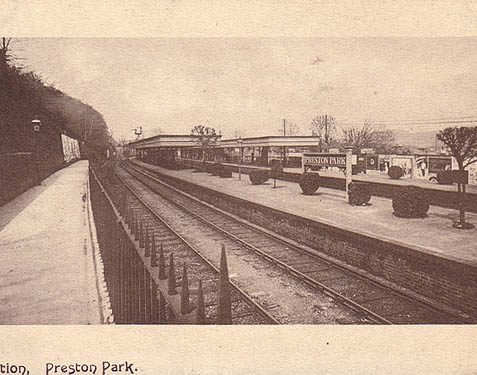 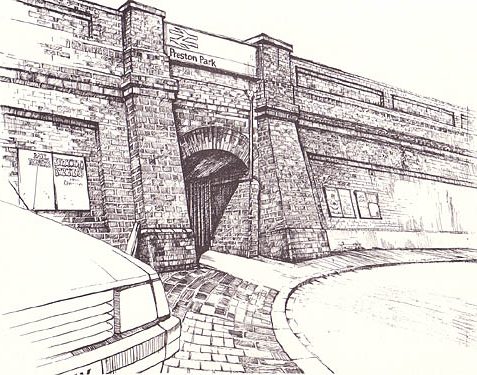 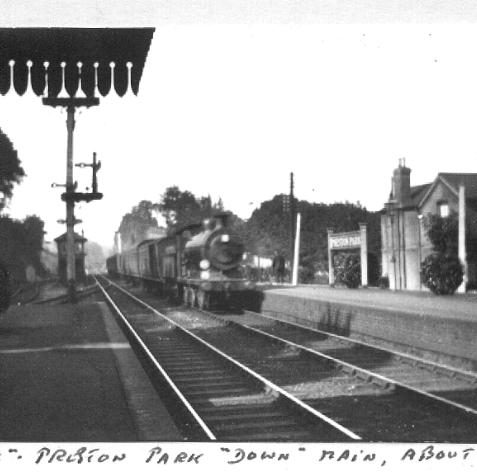 Preston Park station circa 1921 - Comments:
Sent to the website via the contribution form by Brian Matthews on 21-12-03. Photo from private collection of Brian Matthews 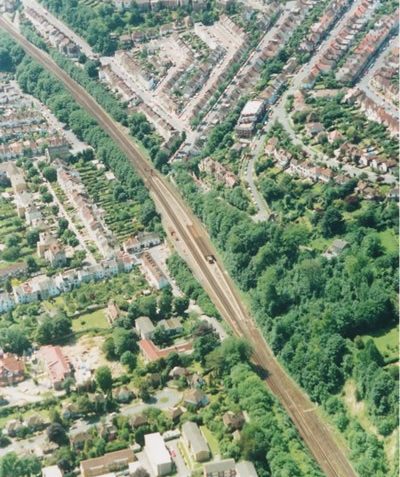 Preston Station was opened on 1st November 1869 to serve the new residential development of Clermont to the north of Preston village. With the opening of the Cliftonville curve (which provides a direct link from London to the Coastway West Line, without the need to reverse at Brighton) on 1st July 1879 the station was rebuilt (and renamed) with two island platforms as shown in the photograph which dates from about 1905.

Architecturally awful structures
The canopies and original platform buildings (where a coal fire was always burning in the up waiting room on winter mornings) were demolished in 1972 and replaced with the present architecturally awful structures. The 1879 booking office survives as an estate agent’s office but the stationmaster’s house immediately to the north has long gone. A hundred metres further north a footbridge crossed the line linking the lower and upper parts of the Tivoli Gardens. These pleasure grounds opened as the Strawberry Gardens in the 1830’s and closed in 1888. Towergate was built in 1902 on part of the lower site.