You are here: HomenextPlacesnextTransportnextThe Dyke RailwaynextExploring the route of the old Dyke Railway: Part XIII

Exploring the route of the old Dyke Railway: Part XIII 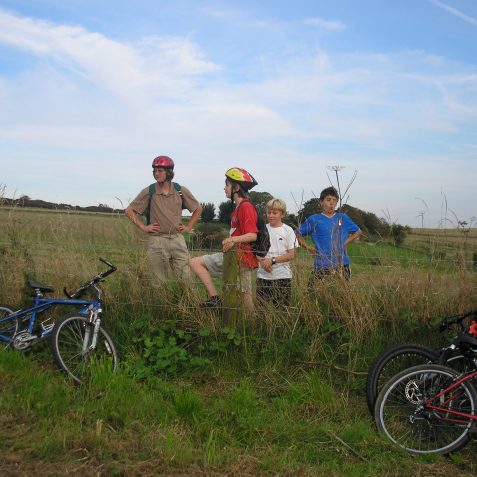 The going gets tough!
Peter Groves 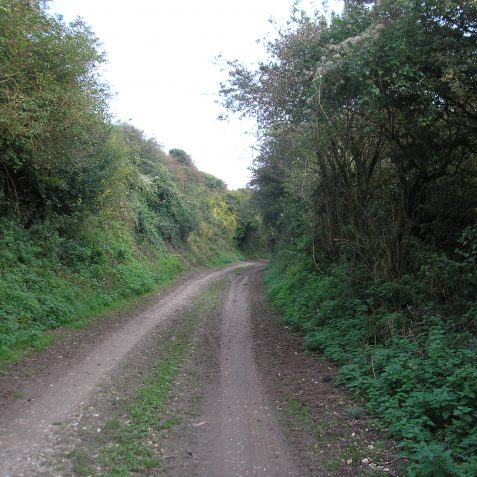 The track soon changes from embankment into cutting
Peter Groves 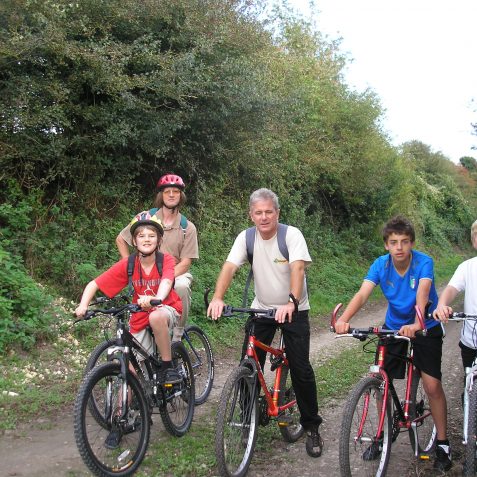 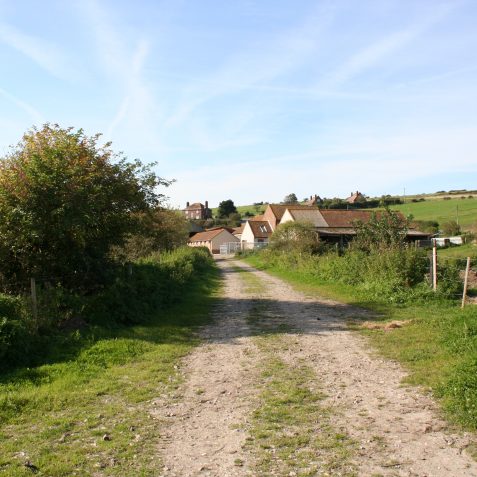 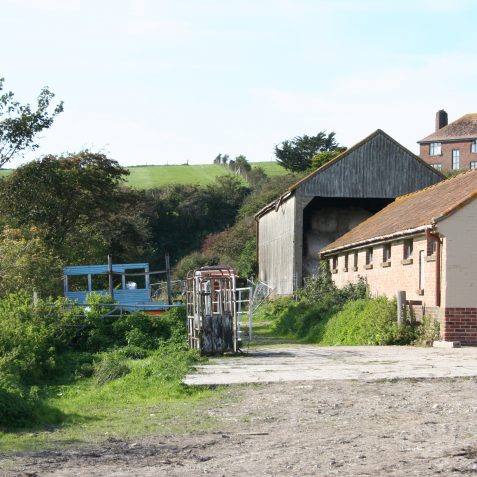 The boys wander towards the rear of the farm, where the land rises steeply
Peter Groves 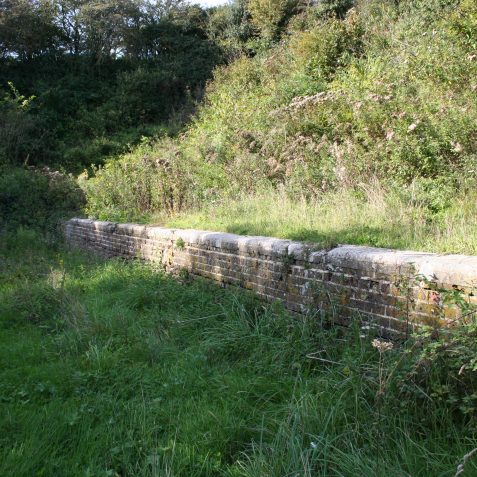 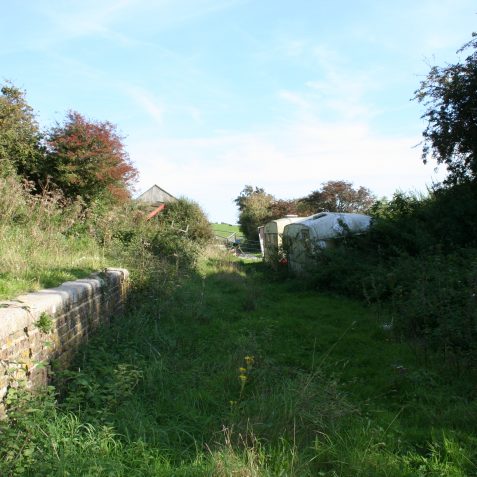 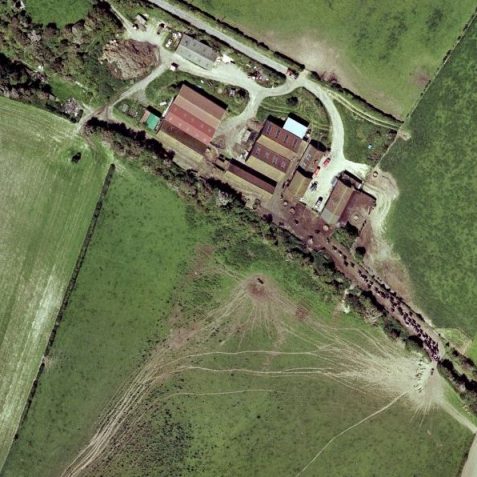 A-man- (and-his) son
The boys start the final leg of the expedition and wonder about a-man- (and-his) son, has the team been beaten to the station?  Although this is on everyone’s mind, no one mentions it, and spirits are high for the final push!  Very soon an old railway embankment can be seen, now covered with undergrowth.  At this point the journey becomes more difficult, with a number of fences to cross.  Pete and Tony lift the bikes over, while the 3 youngsters squeeze between the barbed wire.  Very quickly the boys are rewarded as the old track bed can be clearly seen, it’s easy to see how this was once a railway line!

Deep railway cutting
The track soon changes from embankment into cutting, as the line passes through a hill.  Pete and Tony study the old map, the deep cutting is clear to see, one of the deepest on the line, with the old Dyke Station only a few hundreds yards ahead!

History
The construction of the Dyke Railway started with a symbolic ceremony at a small glade, now Dyke Farm, on June 2nd 1883.   With pomp, the turning of the first sod was carried out by the wife of Alderman Davey.  Mrs. Davey dug the first piece of turf and placed it in a polished oak wheelbarrow, other dignitaries followed in turn, as the National Anthem played.  Initially it was envisaged that the line would open a year later in October 1884, however this was not to be.  Firstly investors were slow take up stock and a new board of directors were appointed.  But it was still not plain “steaming” for the Brighton and Dyke Railway Company!

Geography
The location of the Dyke Station terminus was on one of the steepest sections of the Downs.  This caused further difficulties and delays, the hard chalk had to be blasted away to provide level ground for the station.  No buffers were required at the end of the line, which stopped abruptly at the sheer chalk cliff face!  At this point the line was exactly 500 feet above sea level, and 200 feet below the summit of Devils Dyke.  This fact contributed to the downfall of the railway, as visitors had to walk the last half-mile, up a steep hill, to reach the Dyke.

The end of the line!
Pete sets the camera to movie mode and leads the team for the last stage of the journey, recording as he goes, “a train drivers view!”  Click here to see the movie clip.  The track bed is rutted with deep furrows and potholes, made in the mud by heavy farm vehicles.  Its difficult for Pete to keep the camera steady and steer one-handed and he nearly comes off the bike.  Rabbits run for cover as the 5 bikes bump their way through the cutting!  Very soon Dyke Farm comes into view, the end of the line!

Dyke Station
The boys dismount and walk through the farmyard pushing their bikes, looking for any signs of the station!  Much to the boys disappointment it looks like there’s nothing remaining to be seen.  Pete soon remembers about the line finishing against an abrupt bank and they wander towards the rear of the farm, where the land rises steeply.  Some old disused rotting caravans are in an area cordoned off by high temporary portable fencing.  The boys squeeze through a small gap and there hidden by undergrowth is the brick platform with stone coping, just as described in the history books.  The team are jubilant that they have found the “end of the line” and there’s no sign of a-man- (and-his) son!  The boys are very first to reach the old Dyke Station, using the previously untried combination of internet and bicycle!