You are here: HomenextPlacesnextTransportnextThe Dyke RailwaynextExploring the route of the old Dyke Railway: Part II

Exploring the route of the old Dyke Railway: Part II 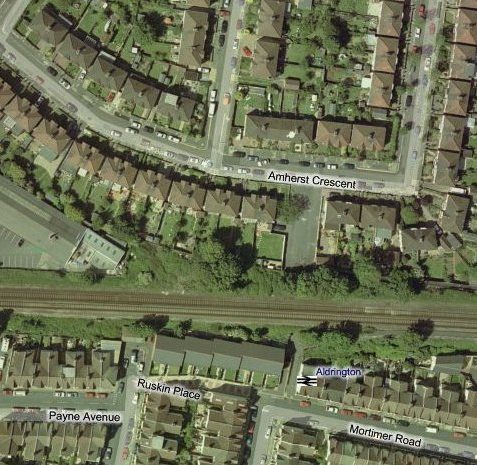 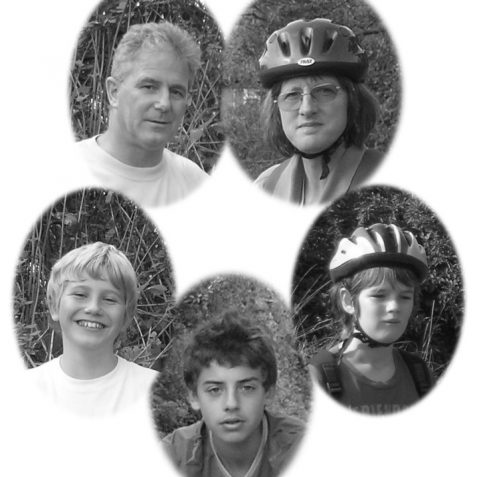 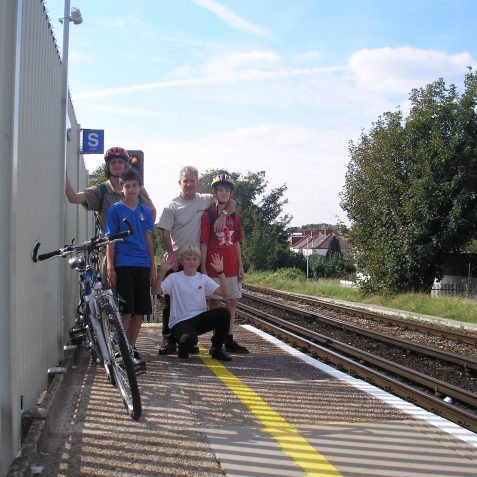 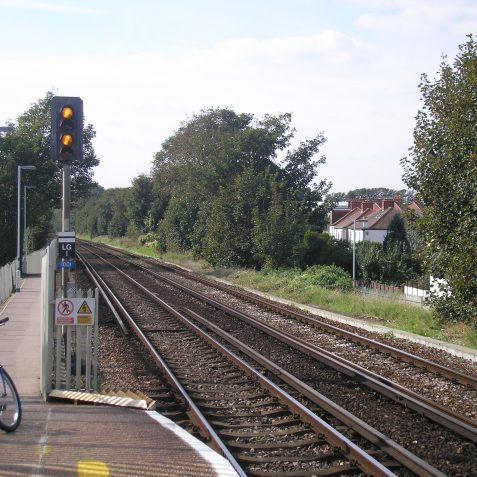 Aldrington Halt looking west, the Dyke Railway left the main line where the big tree is, dead centre of the photo
Peter Groves

As the team make their final preparations they hear news from the other end of Brighton that, a-man- (and-his) son, who had originally planned to explore the route of  the old Kemp Town Railway, at the last minute change their plans and also head for the Dyke Station!  However the team won’t allow this to affect their plans.  “Ours is not a race to be first to reach the old station, ours is an expedition of historic, scientific and geographical importance”, expedition leader Pete explains.  “If we also reach the Dyke Station first, it will be a bonus!”

1st stop Aldrington Halt
On the afternoon of Sunday 14th September 2008 the boys all meet at Aldrington Halt, the start of the expedition.  It’s a beautiful late summer afternoon, with a temperature of 23°C and clear blue skies, perfect conditions!  Pete has the teams’ supplies in his back-pack, cold drinks and chocolate bars, while Tiarnan the technician has the laptop.

Reality and virtual evidence
Unfortunately viewed from the platform of Aldrington Halt, little if any evidence of the old railway can be seen.  The boys search both platforms and each end, but there is nothing to be seen. Teirnan boots up the laptop and recommends Microsoft Virtual Earth http://maps.live.com as the best website for aerial views of Brighton.  As soon as he logs-on the boys all agree, as the sharpest ever virtual views of Brighton appear.

Checking old maps
They home in on the Aldrington area, and, along with the old maps, it quickly becomes easy to see that the Dyke Railway line left the main south coast line directly behind Ruskin Place.  The back gardens of Amhurst Crescent, just to the north-west of the small tunnel under the line, stop short of the coast line.  It’s on this triangular area of land, which is densely covered with undergrowth, that the branch line left the main coast line.  Additionally it’s also clearly apparent that the factory building has taken its alignment from the old junction!

Dyke Railway history
When the Dyke Railway opened on September 1st 1887 there was no station at the junction.  Passengers bound for the Dyke, which was the only station on the line, had to board at Brighton or West Brighton, which was opened as Cliftonville in 1865, renamed West Brighton in 1879, and renamed Hove in 1895.  On September 3rd 1905 Dyke Junction Halt was opened, almost exactly eighteen years after the line had opened.  By this period ‘Poets Corner’ had developed north of Portland Road.  The new halt consisted of simple wooden platforms, and a siding to the north for Hove Electric Lighting Company. Dyke Junction Halt was renamed Aldrington Halt on June 17th 1932.

Expectations of the journey
Unlike Brighton, there is a gradual incline inland from Hove seafront, and Aldrington Halt lies at approximately 70 feet above sea level.  With the terminus of Dyke Station 500 feet above sea level, there is still over 400 feet to go.  Using the ‘tools’ and ‘measure’ feature on Google Earth, Tiarnan measures the distance ‘as the crow flies’ and finds its exactly 3 miles, however the boys expect their ‘investigative’ route will be much further!