You are here: HomenextPlacesnextTransportnextThe Dyke RailwaynextExploring the route of the old Dyke Railway: Part VII

Exploring the route of the old Dyke Railway: Part VII 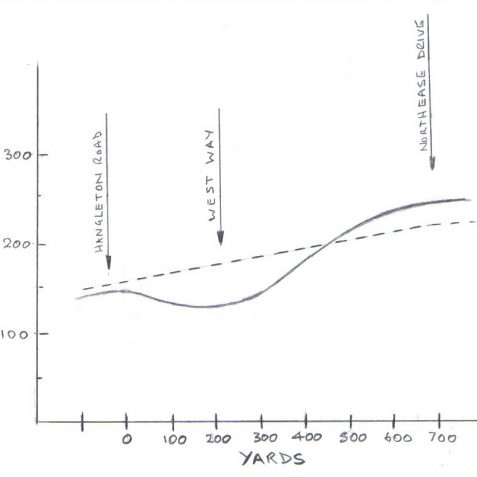 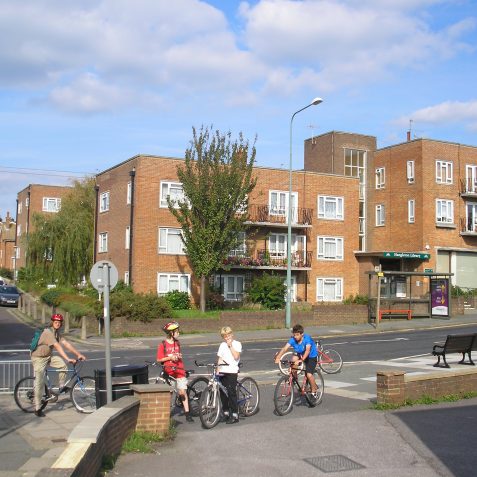 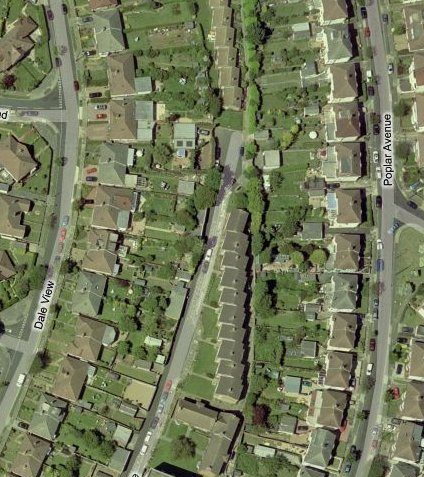 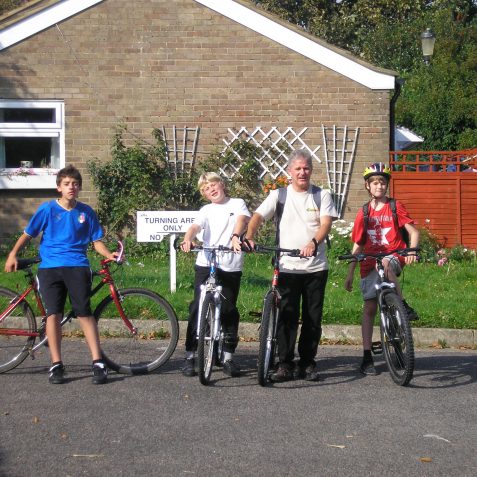 The top of Kingston Close
Photo by Tony Brown

The boys restock with water and chocolate supplies at the parade of shops next to the Grenadier Public House and then quickly peddle back to Churchill House where a twitten leads through to West Way.

Civil engineering earth works
From the valley of West Way, Poplar Avenue rises steeply some 100 feet in a very short distance, to its junction with Northease Drive.  This would have been far too steep for steam engines to comfortably negotiate; however the surveyors had a solution, a high embankment to raise the level of the valley, and a deep cutting through the top of the hill.  This would even out the problem and resolve the gradient to a more suitable 1 in 40.  Probably the chalk spoils from the deep cutting were moved backwards to construct the high embankment.  The chalk embankment was nearly 40 feet high, with a narrow brick arch bridge, to allow access to Hangleton Manor and Benfield Farm to the west.

Studying the virtual view
The boys dismount in West Way opposite Hangleton Library to study the virtual view, which Teirnan has downloaded onto the computer.  Dale View and Poplar Avenue can be easily seen, with their back gardens separated by Hangleton Library and Kingston Close.  Like Churchill House, the buildings of Kingston Close look like they have been ‘squeezed’ into the space left by the old Dyke Railway!  Particularly at the top end where they look like an afterthought, tightly packed, with barely an inch of room either side!

History of the area
Prior to WWII development of Hangleton had been mainly south of Hangleton Road. There were a few exceptions to this northwards; the lower half of Poplar Avenue and Dale View were two, with the old railway embankment in between.  After closure of the Dyke Railway the embankment was gradually removed, however even up to the late 1950’s part of the embankment still remained, a scruffy piece of wasteland!  This was eventually cleared for the construction of Kingston Close and Hangleton Library, which was opened by HRH Queen Elizabeth in the early 1960’s.

Kingston Close
Although the plan was to cycle up Poplar Avenue, the boys decide to ‘investigate’ Kingston Close and set off up the hill.  Not very far up they soon realise why the railway surveyors didn’t like the steep hill, going up is very hard work.  The youngsters manage to cycle to the top without dismounting, however Pete and Tony have to push their bikes up the final few yards and arrive hot and thirsty.  Although the virtual view looks like a tightly packed afterthought, they all agree that the top of Kingston Close is a pleasant surprise, quiet and peacefully undisturbed.