You are here: HomenextPlacesnextTransportnextVolks Electric RailwaynextDescription and Volk's Railway offices 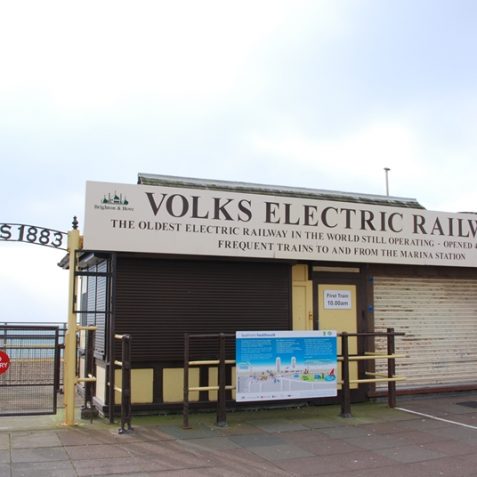 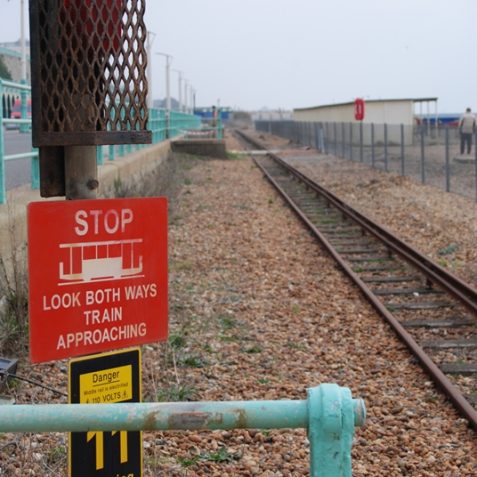 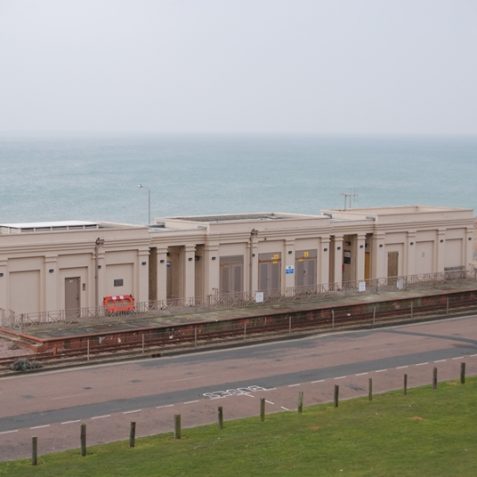 Black Rock Station, the terminus at he eastern most end of the Volk's Electric Railway line.
Photo by Tony Mould 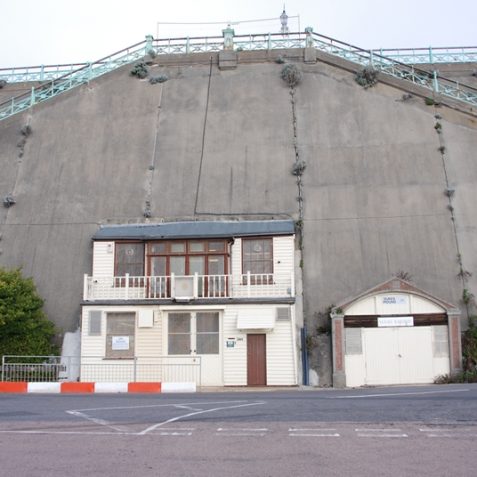 f) DESCRIPTION: The line now has a length of about 1.1 miles from the Aquarium to the renamed Marina Station, with an intermediate stop at Peter Pan’s Playground , also called Children’s Playground or Halfway Station. It attracts over 310,000 passengers a year with profits going towards a maintenance fund. The railway operation is controlled by apparatus in the running sheds at the Banjo Groyne , the former Paston Place terminus; a model of the railway in this area may be found in the town museum. The oldest cars currently operating appear to be nos.3 and 4 which date from 1892.

g) VOLK’S RAILWAY OFFICES (THE ARCH): The building below Paston Place at the western end of the Duke’s Mound was often known simply as ‘The Arch’ and was constructed in 1837 by the Sussex County Hospital for the purpose of pumping sea-water for medicinal use, but it was used only for storage. From 1884 the Arch was rented by Magnus Volk for use as a maintenance and storage area, and also for electrical power generation. Additionally, it was initially used as waiting and reading rooms for the new Paston Place terminus, and, until the terminus was covered, as an overnight store for the electric cars which entered via tracks laid across the roadway from a turntable; the Arch was later used solely for railway maintenance and as offices. It has an attractive weather-boarded frontage with a balcony, and is painted in the railway’s brown-and-cream livery.