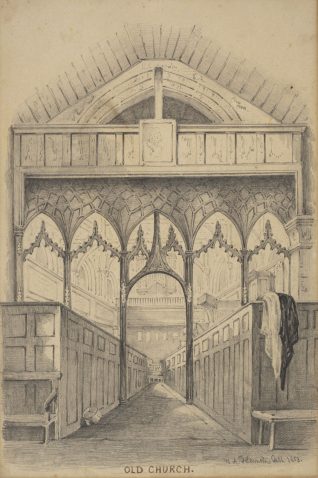 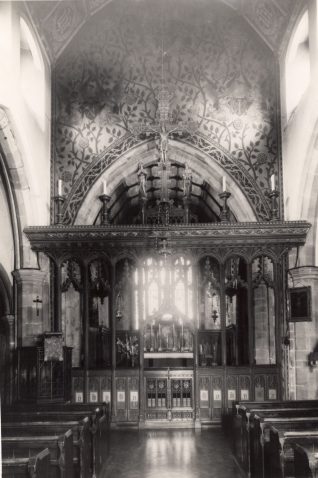 Growth in the congregation

The population of the town grew rapidly in the early nineteenth century, and the town’s popularity with visitors grew substantially. In part this was a response to Dr. Russell’s advocacy of the medicinal benefits of seawater, and subsequently, the Prince Regent’s patronage. Space was so limited, that a series of galleries had to be built around the roof of the church, accessed by external staircases. The galleries were packed with fishermen and other poorer townsfolk, while the pews were rented to fashionable visitors. The church at that time held about 1,300 worshippers. 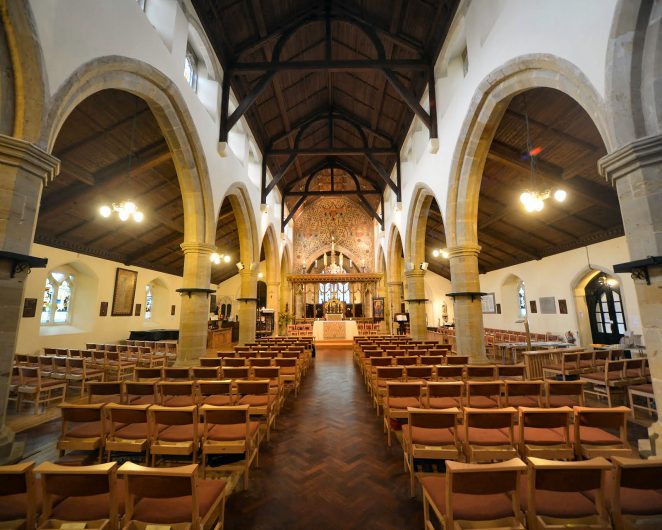 View from the west wall

In 1853 a major restoration was overseen by Richard Cromwell Carpenter (1812-55), which was undertaken as a memorial to the Duke of Wellington who had worshipped in St Nicholas as a boy. The galleries were removed, the aisles widened, and the north aisle was lengthened. The walls were refaced in dark flint and diagonal buttresses added to the tower. The old roofs were replaced and the stonework was thoroughly repaired. The south chancel arcade was altered from two arches to one and a north vestry was added. Surprisingly, Carpenter did not provide a clerestory, so the wider aisles and removal of the dormers made the nave stuffy as well as dark. The church reopened on 8 April 1854; as a result of the restoration the number of sittings had actually been reduced by 400. 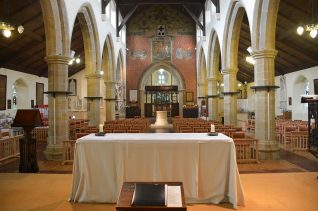 View from the nave altar 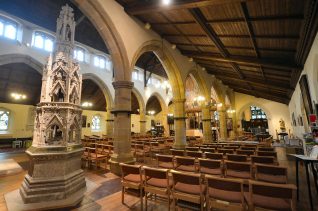 View from the south aisle

Pews were not used in churches in mediaeval times, but they were a dominant feature in churches in the period between the 17th and 19th century. During this time, social rank was considered as a major influence in the seating arrangements, and those with higher social status were able to sit in the church pews closest to the pulpit. When the galleries for the poor people were removed from St Nicholas, it must have had an big impact on the congregation. St Nicholas today does not have fixed pews; in 2001 when the church interior was re-ordered, the pews were replaced by chairs. This makes for flexibility in the use of the space; it also provides opportunities to facilitate new ways of worship. 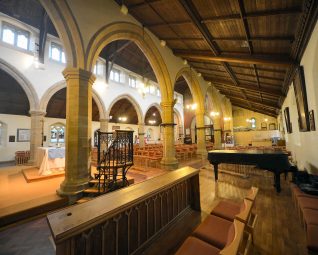 View from the north aisle 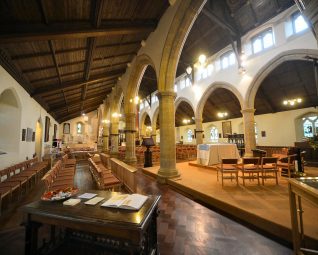 View from the south aisle