A peal of bells, eight in total, was presented to the church in 1777. A further two were added in the early 19th century but were unsuitable and were given to St Peter’s Church, Brighton. At the time of the 1853 restoration of St Nicholas’ by Richard Cromwell Carpenter, no thought was given to the bells, even though by this time they were seventy-six years old. It was not until 1892 as a result of a legacy, that the peal was restored to ten bells; they were recast in 1922.

The bell chamber contains a number of plaques commemorating historic peals in the history of the church. The plaques here show the commemoration of the accession of George IV in 1820; the birthday of HRH Princess Augusta in 1833, and the Golden Jubilee of Queen Victoria which was celebrated on 20 June 1887. The chamber also contains a number of memorial plaques which were removed from the nave in the 1853 restoration. 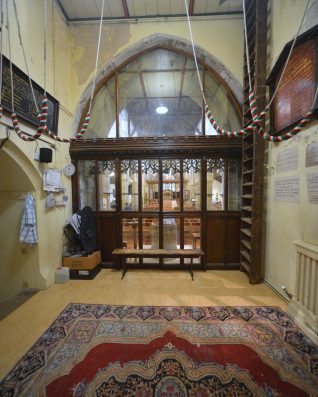 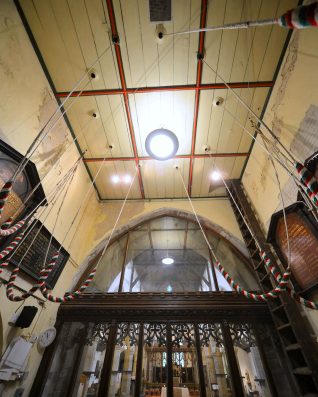 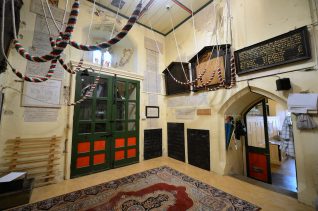 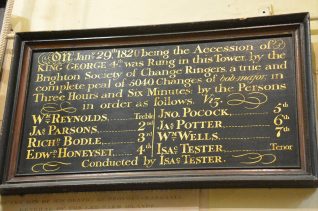 Commemoration of the accession of George IV 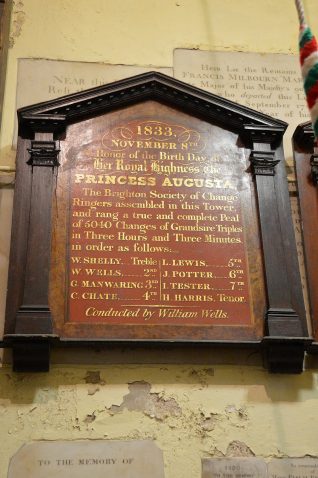 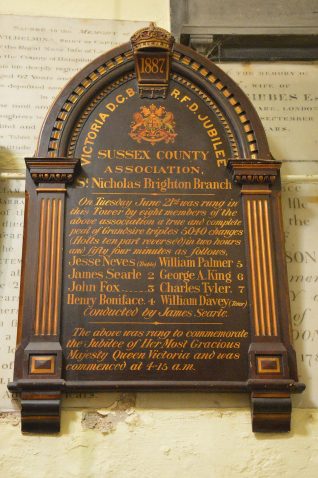