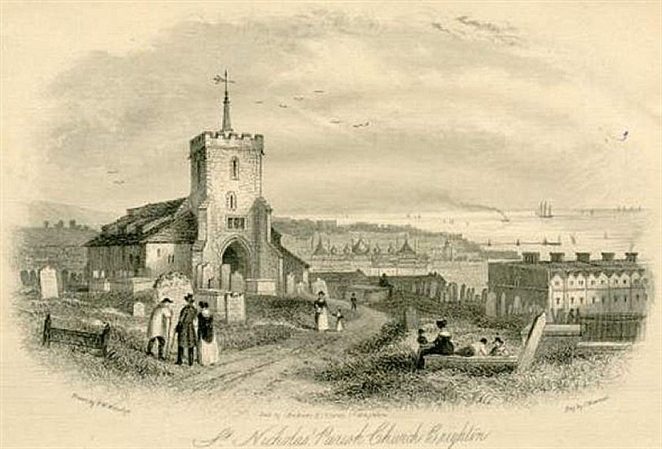 Click on the images to open a large version in a new window. Click again to further enlarge.

Mentioned in the Domesday Book

St Nicholas’ Church is the ancient parish church of Brighton and is dedicated to the patron saint of fishermen, St Nicholas of Myra (sometimes spelt ‘Nicolas’). Built on the hill overlooking the Old Town, the site was chosen possibly as a place of refuge from raiders, or as an older sacred or pagan site, or perhaps as a landmark for fishermen. Although a church was recorded at Brighton in the Domesday Book of 1086, it is impossible to be sure that previous church occupied the present location; what is clear is that the oldest parts of the present structure are fourteenth century. 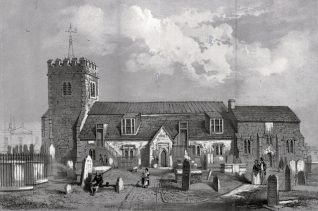 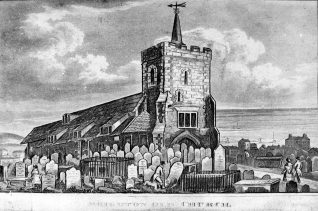 Enlargement in the 19th century

As the population of the town grew rapidly in the early nineteenth century the church was enlarged by the addition of galleries which were accessed via steps from the outside. the galleries were packed with the other poorer townsfolk. There was a balcony across the Chancel arch where the fishermen sat, and another over the Tower arch where the Swan Downer charity girls in their bonnets used to sit. The expanded church then held 1,300 worshippers, but although the first chapel of ease (Chapel Royal) had opened in 1795 and there were eleven other Anglican chapels in the town by 1846, St Nicholas’s was too cramped to serve as the parish church of such a large town. 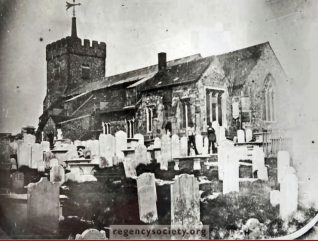 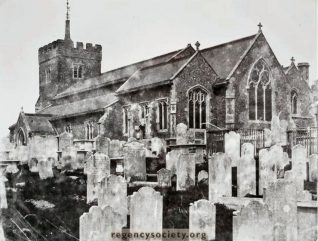 The Duke of Wellington

In 1846, a town meeting rejected both the obligatory rate for the church’s maintenance and also an extra rate to enlarge it suggested by the vicar, the Revd Henry Wagner; many ratepayers were not of the Church of England and so voted against the proposal. Eventually, the death of the Duke of Wellington, Arthur Wellesley, in September 1852 provided the vicar, with an opportunity. He suggested that the restoration of the church at which Wellington had worshipped when he was tutored in the town, would be a fitting memorial; the idea was accepted by the town and a public subscription raised. 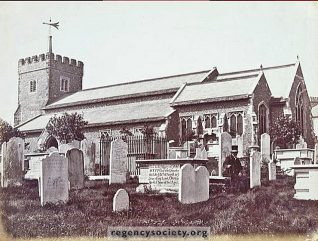 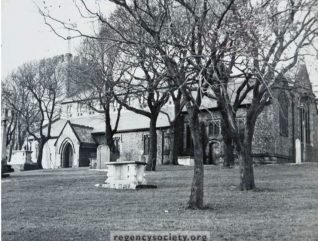 Work on the enlargement commenced on 3 June 1853 under architect Richard Cromwell Carpenter; he virtually rebuilt the church such that only the pillars and arches of the nave, the chancel arch and screen, and the tower can now be considered to be genuinely fourteenth century. The galleries were removed, the old box pews removed and replaced with ordinary pews, the aisles widened, and the north aisle was also lengthened, but when the church reopened on 8 April 1854 the number of sittings had actually been reduced to 900.

A further significant alteration was made in 1892, when the whole roof was removed and lifted mechanically in order to create more space internally. The gap was filled with a series of clerestory windows (high windows above eye level). The purpose was to bring outside light and fresh air into the inner space. In the 1853 restoration, the 15th century Chantry Chapel in the south aisle was reduced in size. In 1900 it was enlarged again and converted to a Lady Chapel in 1909. 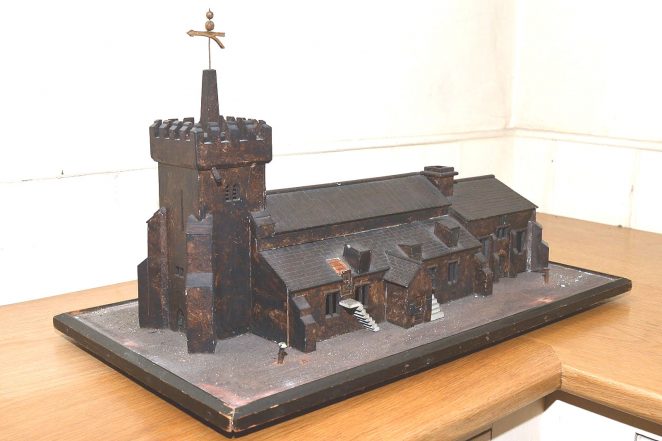