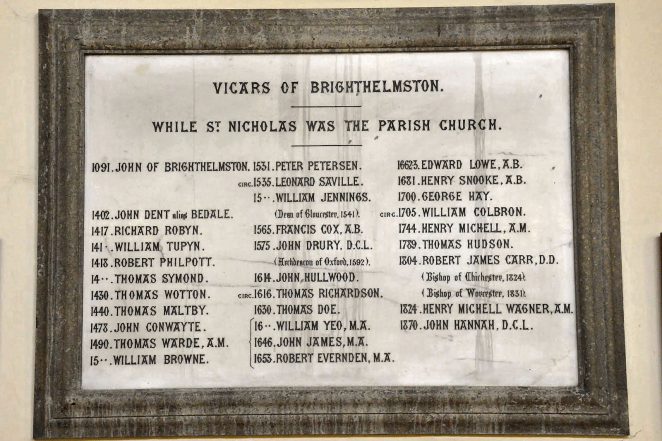 Click on the image to open a large version in a new window. Click again on image to further enlarge.

Perhaps the most influential incumbent of St Nicholas’ Church was Henry Michell Wagner, Vicar of Brighton from 1824 until 1870. It was almost solely due to Wagner that the 1853 restoration of St Nicholas was possible. Born on 16 November 1792 at 93 Pall Mall, London, he was the son of wealthy hatter Melchior Henry Wagner and grandson of Henry Michell, Vicar of Brighton 1744-89. In 1823 he married Elizabeth Douglas and on 30 July 1824 accepted the benefice of Brighton and West Blatchington, but his wife fell ill after giving birth to their son Arthur. In 1830 he was appointed a royal chaplain and remarried in 1838, to Mary Watson who bore him two more sons, but she died in 1840. 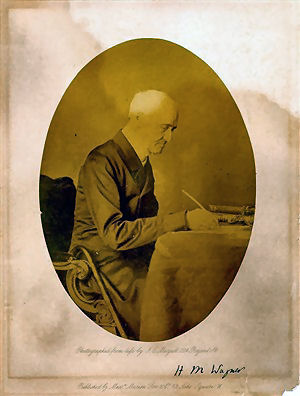 A champion of the under-privileged

At the beginning of Wagner’s incumbency there were just 3,000 free sittings in the town’s churches, despite something in the order of 20,000 poor people living in Brighton. Both Henry and his son Arthur Wagner devoted much of their lives to improving this situation, and Henry Wagner himself had six churches built. Despite his many good works, there was a considerable amount of antagonism towards him in the town generally, especially over his appointments at the town’s churches and over the church maintenance rates. Wagner died on 7 October 1870 aged seventy-seven after forty-six years as vicar. All churches were hung in black and large crowds watched the funeral procession from St Nicholas’ Church to the Parochial Cemetery in Lewes Road.