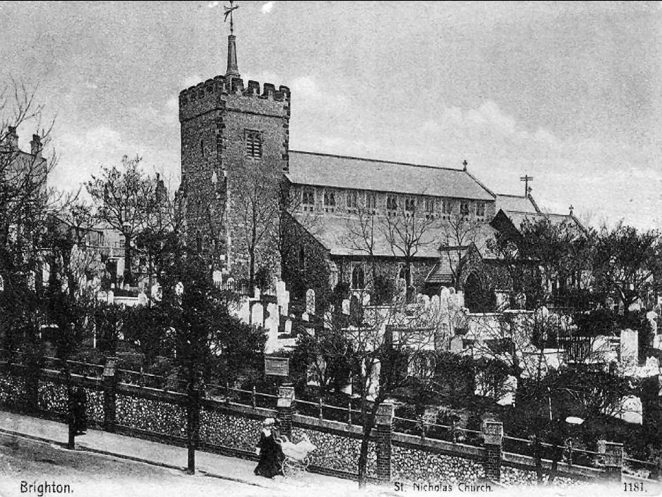 The area around St Nicholas’s churchyard has a long history of use as a place of burial. Bronze Age moulds (graves) were found near Church Hill and the churchyard is believed by some to mark the site of a Black Death plague-pit of 1348. By the south doorway, the base of an undatable, but believed to be mediaeval, church cross remains. The original cross was destroyed, but a new top was placed on it by W H Godfrey in 1934.

It is impossible to be sure of the earliest burial dates; legible written records are held from 1588 but we have no way of knowing details previous to this date. As to gravestones, at the moment the earliest confirmed burial marker is that of Captain Nicholas Tattersall who is famous for helping Charles II escape to France; he died in 1674. It is very likely that there are earlier existing grave markers but they have yet to be confirmed. New methods of reading old grave markers are being developed but have yet to be applied at St Nicholas’. 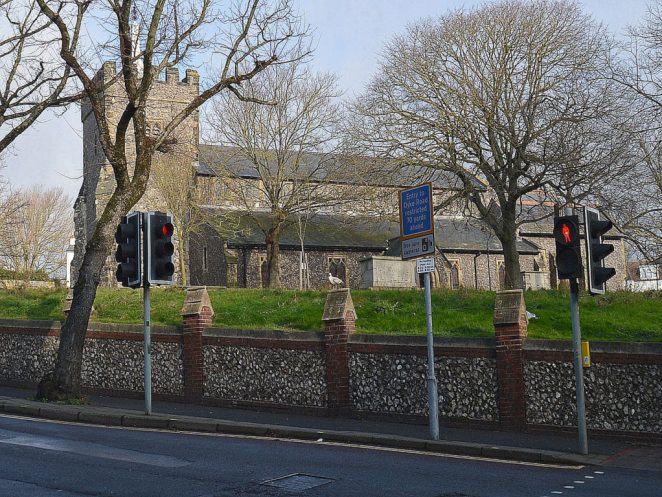 View of the churchyard in 2012