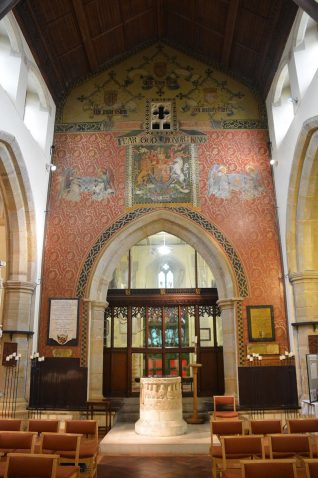 The font at the western end of the nave

Surely St Nicholas’ greatest treasure, is the decorated Norman font which stands in western end of the nave. Expert opinion suggests that it was carved in approximately 1170, from a single block of Caen stone. The central band has four decorated panels; two depict Christ’s baptism and the Last Supper. A third is believed to be a scene from the life of St Nicholas, but the subject matter of the fourth is unclear.

Origin is a mystery

The font’s origin is a mystery as it predates the church, but it is possible that it came from the earlier Brighton church mentioned in Domesday. A link to Lewes Priory, which held the advowson by 1093, has also been suggested. In the seventeenth century it was placed in the centre of the church; a 1910 photograph of the interior of the church shows it in the south aisle. The font is now situated at the west end of the nave.

In the mid 19th centrury, a Victorian oak font top was produced by John Birnie Philip (1824-75) who specialised in architectural carving. The octagonal design has a different Biblical scene carved on each of its panels. Today the font has a plain top more in fitting with its design and age. The previous Victorian top now stands in the Sanctuary. 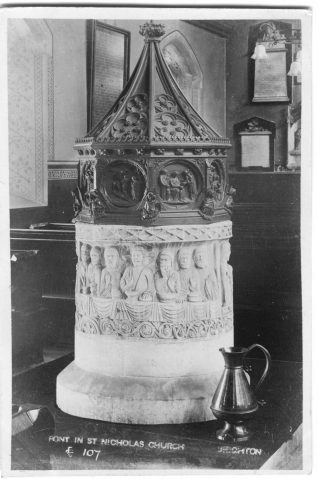 The font showing the Victorian addition of a top 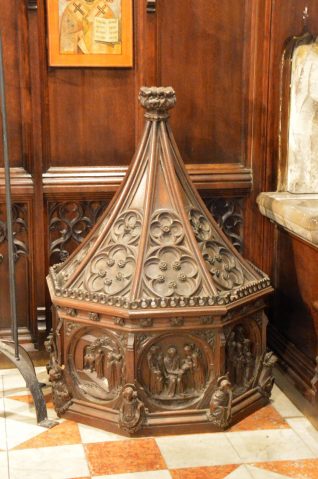 The Victorian font top now in the Sanctuary 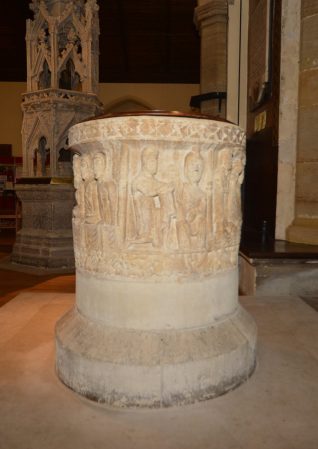 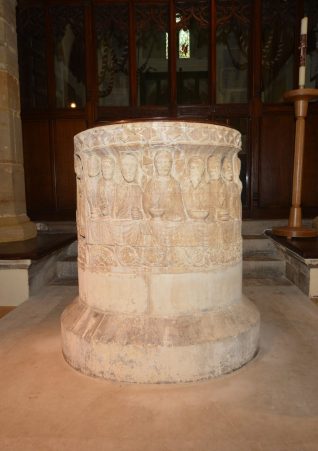 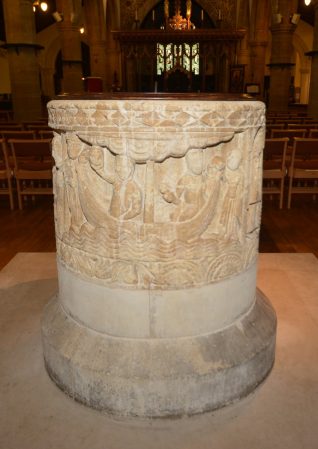 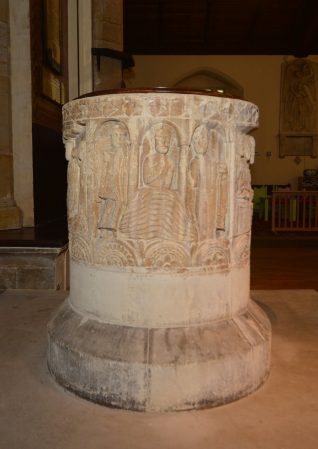