You are here: HomenextPlacesnextTwittensnextSt James's Place 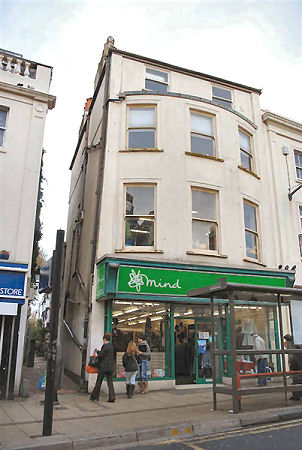 The narrow passage between numbers 4a and 5 St James’s Street, is St James’s Place. This is a row of six early-nineteenth-century listed houses with fanlight doorways behind small front gardens. Numbers 1 and 3-6 are faced in cobbles, number 5 has a bow and mathematical tiles as well, but number 2 was refaced in Victorian times.

‘The Bond Street of Brighton’

The St James’s Street area, formerly known as the Little Laine, was the first area outside of the Old Town of Brighton to be developed. Because of its location near to the sea and to the fashionable Steine, as it developed in the 1790s, it rapidly acquired a population of Brighton’s wealthier visitors and residents. This was reflected in the range of shops and services in the street, which was described as “the Bond Street of Brighton”. 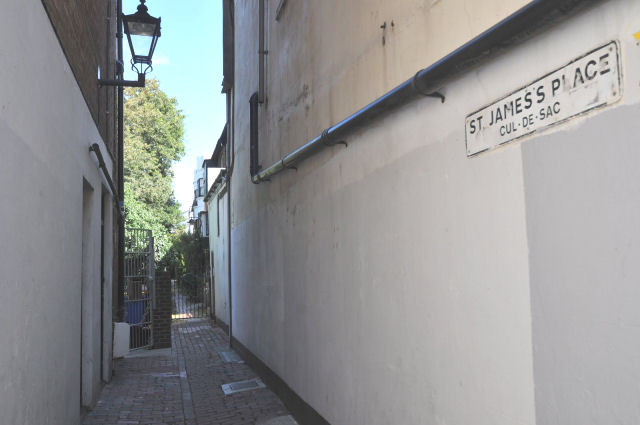 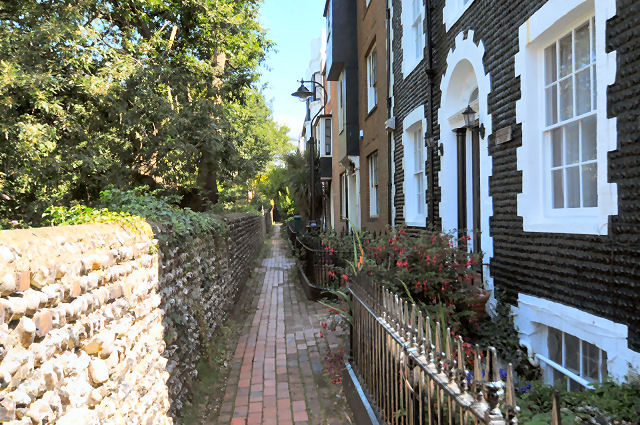