You are here: HomenextPlacesnextTwittensnextTrafalgar Lane

Associated with the timber trade

Trafalgar Lane runs between Trafalgar Street and Gloucester Road in the North Laine. It has always been associated with the timber trade; in fact today it is still the location for a branch of a large timber merchant.

In the mid 1800s, timber arrived in Brighton by train, and was sold on to local carpenters and tradesmen. In the 19th century the North Laine contained a number of sawmills and furniture makers.

Today many of the former trades premises have been converted into small flats and maisonettes and are seen as very desirable residences in the trendy North Laine area. 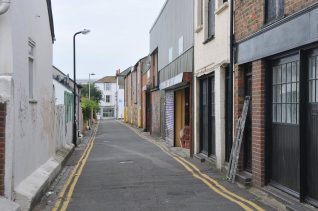 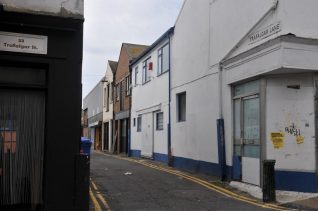