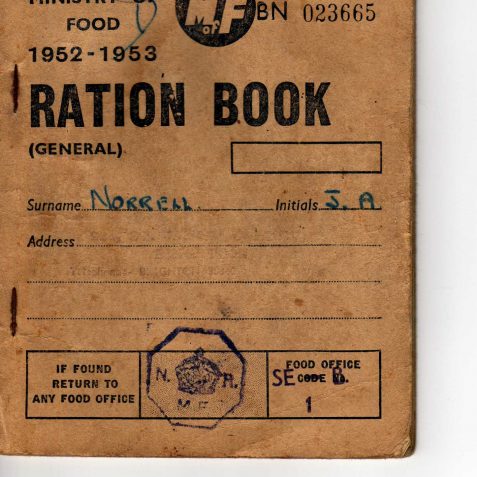 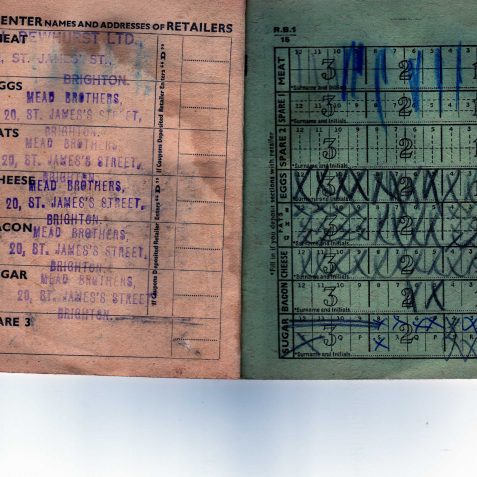 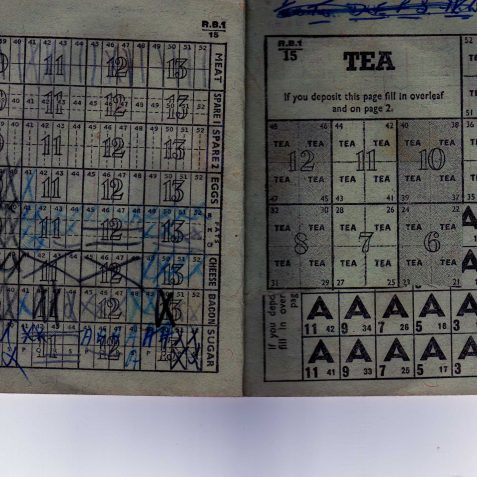 I have kept the Ration Book that was still being used after the war.  The book is identical to the ones each individual was given during the war. When any serviceman came home on leave they were given a card, which had the relevant pieces cut out when for instance, cheese, meat and other items were purchased.

Clothing coupons also were given out. As I remember you saved up to buy shoes. As a child can remember my mother purchasing Wooden clogs which I think had been imported.  I do remember they were uncomfortable.  Also my grandmother bought whale meat and soaked it overnight before cooking it.