You are here: HomenextTopicsnext1950snextCinemasnextCinema antics from the 1950s

Cinema antics from the 1950s 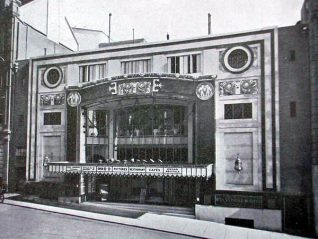 In the 1950s, there were quite a few cinemas in the town. The Odeon in West Street, The Savoy in East Street and The Regent in North Street were the main ones. You also had The Academy in West Street, The Palladium on the seafront (Brighton Centre), The Essoldo on North Street and others. The most notorious was The Arcadia in Lewes Road (now the Labour Club). It was nicknamed ‘The Scratch’ and it lived up to its name. The usherette walked up and down the aisle with a DDT spray killing the fleas and I’m not joking!

Into Kemp Town you had the Odeon. They had a feature film from Monday to Wednesday, a different feature film on Thursday to Saturday and on Sunday, a B film. I am sure that all the people that were there on Sundays remember me. At some stage of the film I used to dress up according to the film. I was a Red Indian for Cowboy and Indians films. I would run down the aisle, go up the steps and run across the stage whooping like an Indian. Everyone used to cheer, but one day I got too brave. The film was ‘Beau Geste’. The girls made me a cap with a handkerchief sewn on the back. As the film started I marched across the stage, stood right in the middle of the screen and saluted. Once again the cheers and claps, but it was short lived because staff were waiting for me and came from both sides to catch me, to the boos of the audience. They took me to the foyer and photographed me.

For the next four weeks I was banned from the cinema. I tried cheekily to get in time and time again, but my mug shot was in the cashier’s box hanging on the wall, so I stood no chance. Still it was all back to normal after a month.

Other cinemas down town took the brunt of our jokes. We used to buy 1lb packers of self-raising flour, bunk in the pictures (get in without paying) and sit upstairs in the front seats. We’d open the flour and watch it drift down to the downstairs seats. The flour drifted very slowly and, as it hit the peoples heads below they automatically looked up and within seconds their faces were pure white. We’d point over, laugh and scarper.

In The Academy cinema, for a dare, I rode a motor cycle up through the fire doors, up the aisle of the cinema, hit the steps at the top and ran out of the entrance, leaving the bike in there (it wasn’t mine, it belonged to a friend)! The noise even frightened me as I rode the bike but it only took seconds to get up the aisle. My friend, who lent me the bike, got the bike back and, touch wood, I never got caught. I certainly didn’t own up to it! After all of this kind of activity it would be hypocritical of me to condemn anything youngsters do today. Still no one got hurt and a lot of people got enjoyment over my antics, especially at the Odeon Kemp Town.