You are here: HomenextTopicsnextArchitecturenextPost-war development 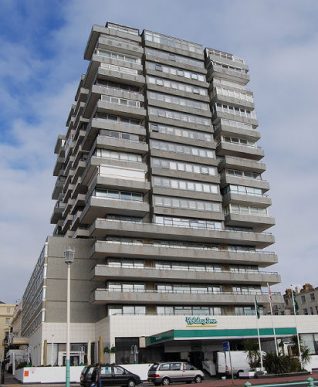 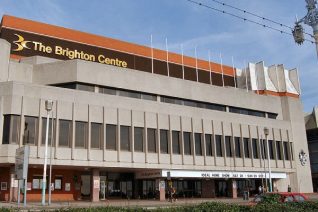 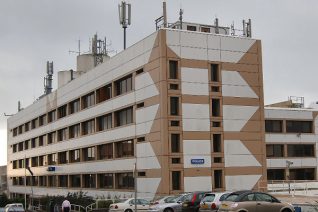 The immediate post-war need was for housing and large estates were rapidly erected by the council at Bevendean, Coldean and Hollingbury. A little of the pre-war style lingered on into the 1950s, however, with buildings such as the Western Bathing Pavilion; Barclays Bank, North Street; and some of the factories on the Hollingbury and Moulsecoomb Way industrial estates.

From the late 1950s until the early 1970s the townscape was radically changed by the widespread replacement of many small, terraced houses with numerous blocks of both high- and low-rise flats. The predominant use of concrete, the harshness of line, the brutal disregard for location, and the pure functionalism of designs in this period have resulted in many buildings which can only be described as ‘ugly’: within this category must fall the Albion Hill redevelopment; the Bedford Hotel; Churchill Square; the Law Courts, Edward Street; New England House; Osprey House, Sillwood Place; the Police Station, John Street; the eastern side of Queen’s Road; St James’s House, High Street; Sussex Heights; Sussex University; and Wellesley House, Waterloo Place.