You are here: HomenextTopicsnextArchitecturenextRestored farm buildings 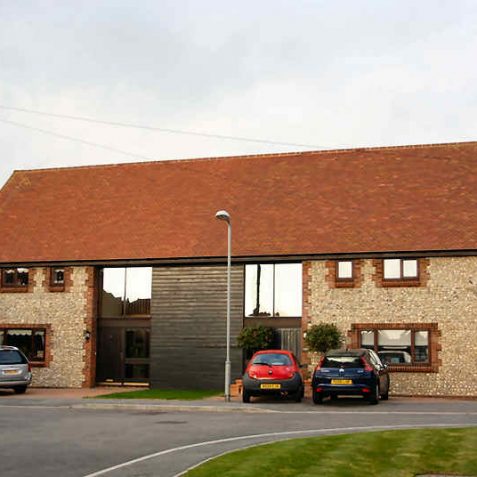 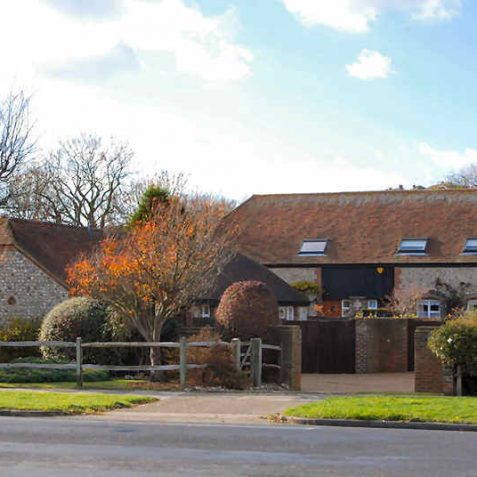 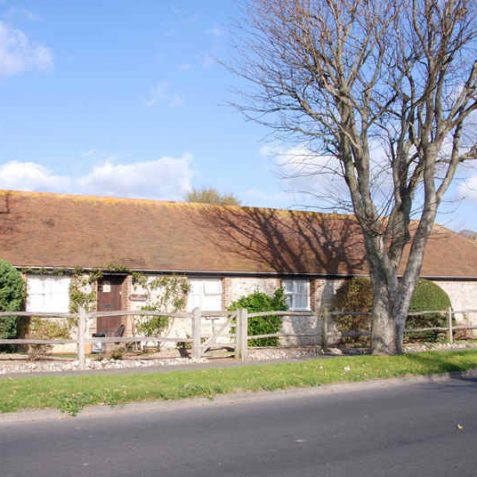 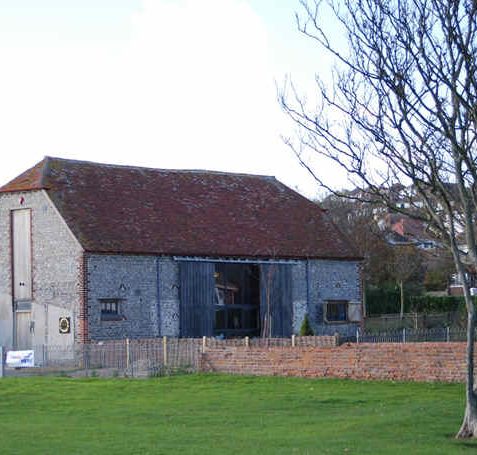 b) OLD BARNS: The oldest buildings in West Saltdean (i.e. that part within the borough of Brighton) are the three barns in Saltdean Vale. At the northernmost end is Looes Barn, partly faced in knapped flint and partly rendered, which was probably erected in the early nineteenth century; it is now a virtual ruin. Newlands Barn stands at the corner of Lustrells Crescent and is faced in flint, with the Old Stable adjacent. It was used as a workshop, store, stable, and office of the Saltdean Estate Company after the development of the estate, but in 1978 the early-nineteenth-century barn was listed to save it from demolition (although the roof had already been removed) and was converted into a residence in 1983-4. The flint Saltdean Barn is also a listed building dating from the late eighteenth century, and stands in a small public garden surrounded by a flint wall at the northern end of Saltdean Park. {108}