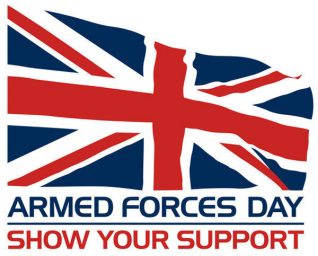 Veterans are being encouraged to join in an Armed Forces Day parade in Brighton on Saturday June 27. Anyone who has been in the services is welcome to take part in the parade of veterans and cadets taking place in New Road at 11am. Those wishing to join the parade should gather in Jubilee Street at 10.30am.

The parade will then go along New Road where it will be received by the Lord Lieutenant of East Sussex, Peter Field; the High Sheriff of East Sussex, Juliet Smith; Brighton & Hove Mayor, Councillor Lynda Hyde; and Lt Col Gary Britton, Sussex Army Cadet Force and 11 Infantry Brigade.

The parade will start a day of activities in New Road, including 1940s music, plus talks, poetry readings and information stalls:

1.30pm to 3.15pm
Activities in the Unitarian Church in New Road, including performances of World War One songs and poetry by local schoolchildren; talks about the involvement of Indian troops on the Western Front in World War One, the role of the Royal Pavilion as an Indian military hospital, and the Chattri Memorial; and readings of letters written by Indian soldiers who were treated in military hospitals in Brighton during World War One.