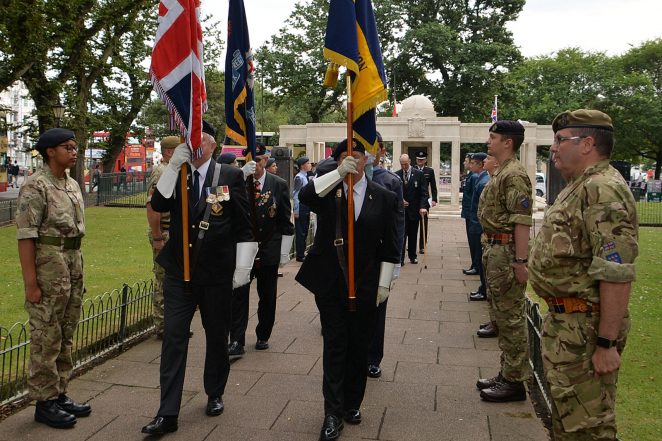 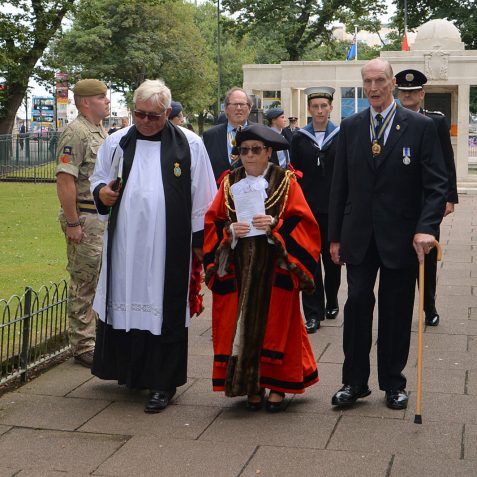 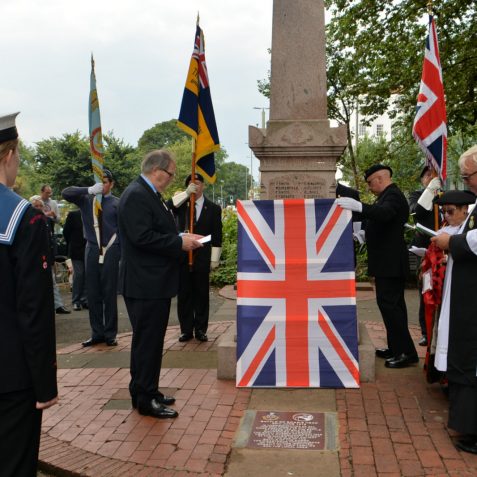 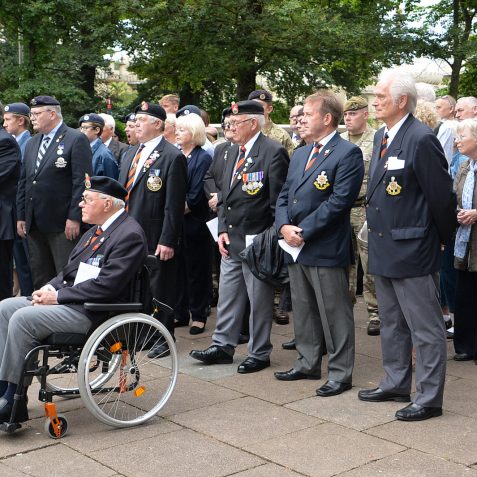 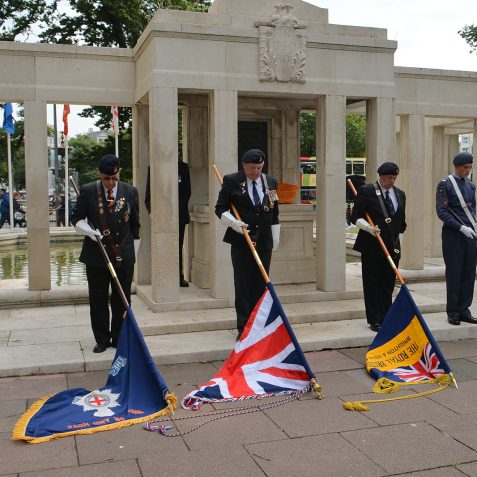 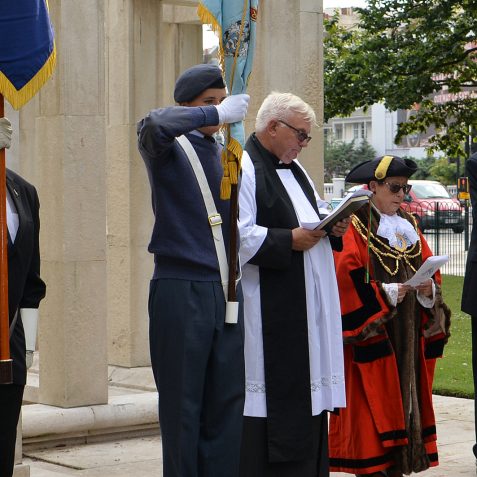 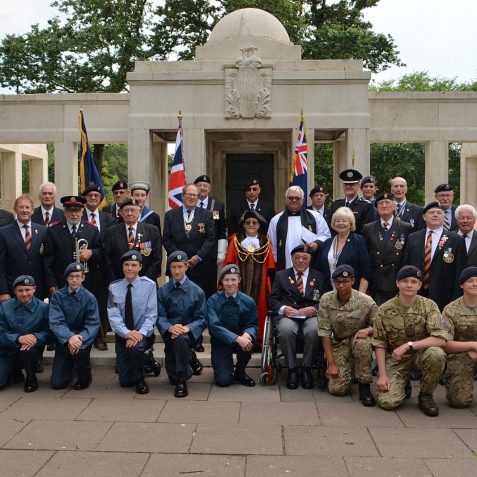 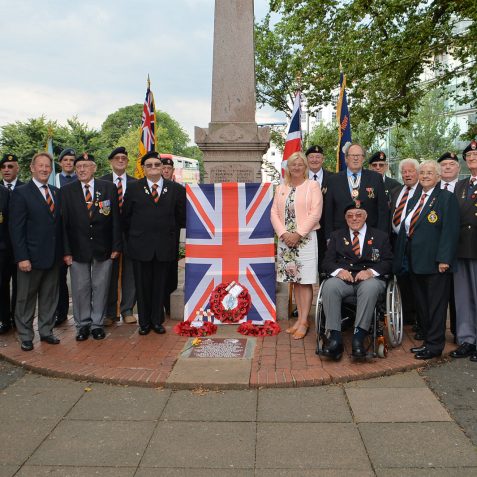 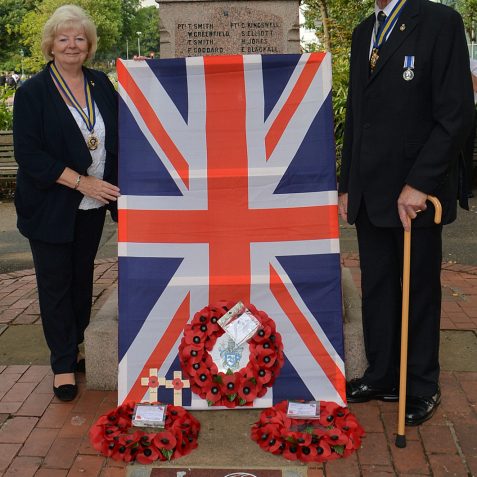 At the War Memorial in the Old Steine today, a ceremony, led by the Mayor of Brighton and Hove, Councillor Mo Marsh, was held to mark the 101st anniversary of the WWI Battle of Boar’s Head.  June 30th 1916 was the day 366 Sussex soldiers died in a pointless and bloody diversional manoeuvre . A memorial plaque was unveiled to commemorate their sacrifice.

The soldiers, known as Lowther’s Lambs, formed three battalions of The Royal Sussex Regiment, sent to capture a bulge in the German defences near Lille. The Battle of Boar’s Head was one of several diversions the day before the Battle of the Somme on 1 July.

In fewer than five hours on that fateful day, the three Southdown battalions of the Royal Sussex Regiment lost 17 officers and 349 men killed, including 12 sets of brothers, three from one family. A further 1,000 men were wounded or taken prisoner. In the regimental history,June 30th is known as “The Day Sussex Died”.