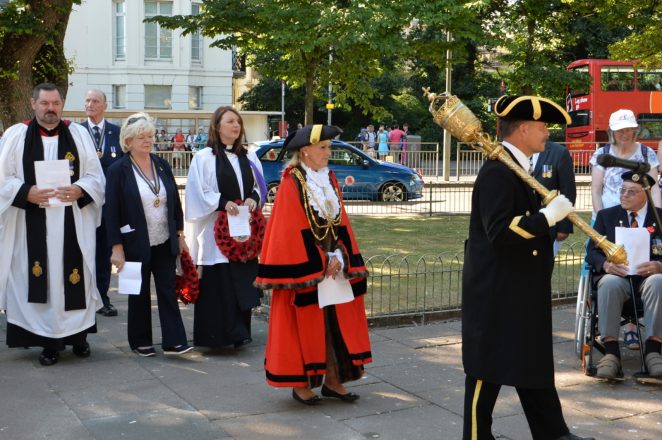 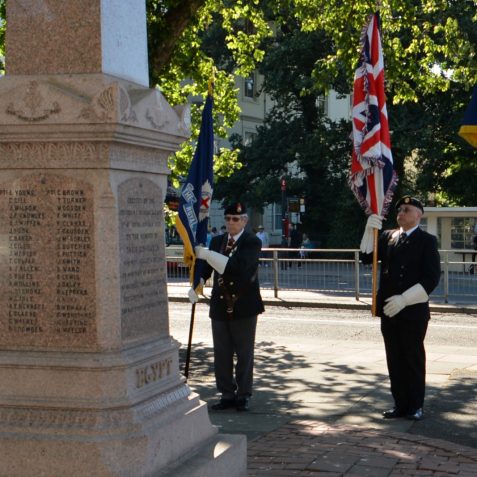 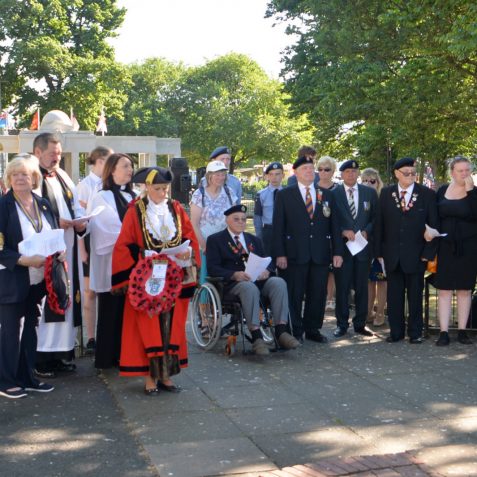 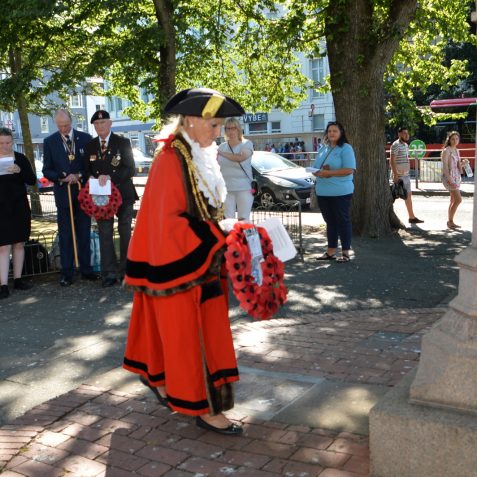 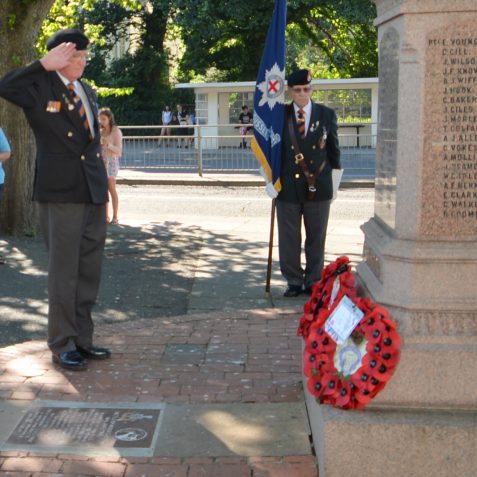 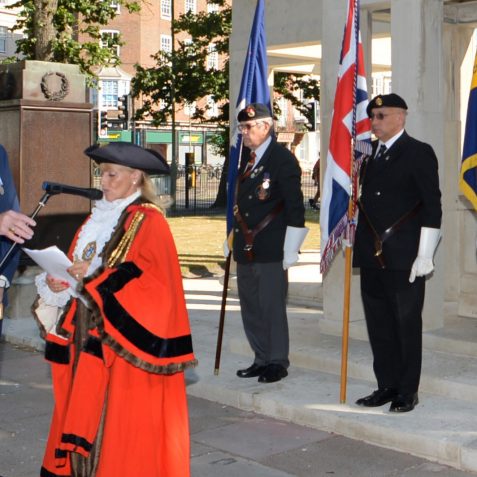 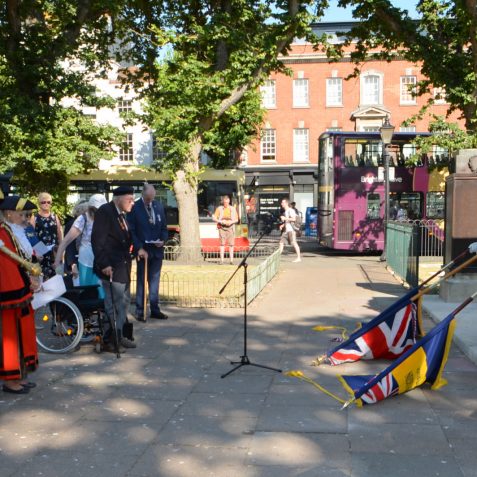 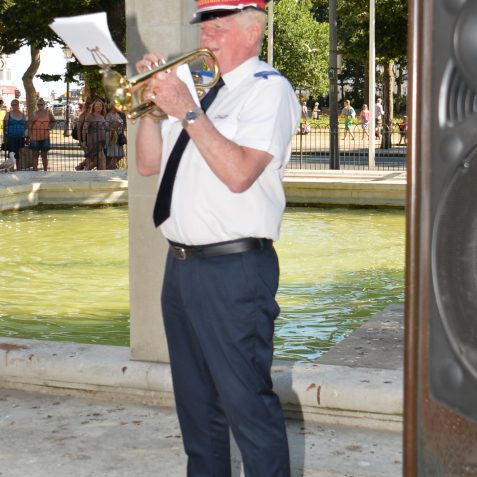 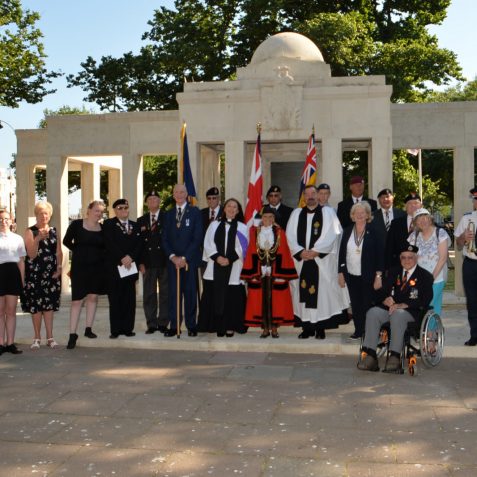 The Mayor of Brighton and Hove, Councillor Dee Simson, attended a commemoration service to mark the anniversary of ‘The Battle of Boar’s Head’, and remember the brave men of The Royal Sussex Regiment. On June 30th 1916, The Battle of the Boar’s Head, Richebourg l’Avoue, was planned as a diversionary action to make the German Command believe that this area of the Pas de Calais was the one chosen for the major offensive of 1916. The intention was to prevent the Germans from moving troops to the Somme area, some fifty kilometres to the south.

In this disastrous conflict, the Southdowns Brigade lost 17 officers and 349 men were killed. Over 1000 men were wounded or taken prisoner, and the 13th Battalion was all but wiped out. All this occurred in the short space of approximately five hours. Since that time the battle has been remembered as ‘The Day Sussex Died’; the most bloody battle in our country’s history.

When you go home, tell them of us and say,

For your tomorrow we gave our today