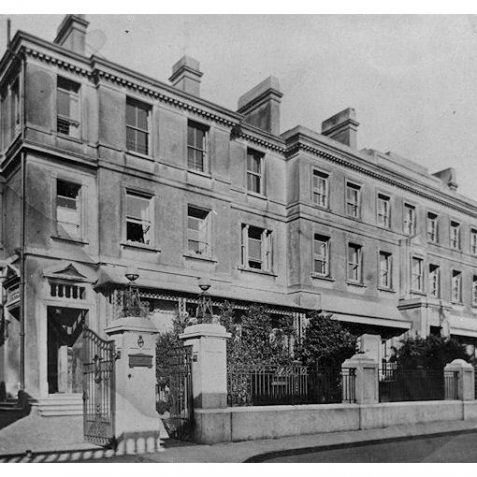 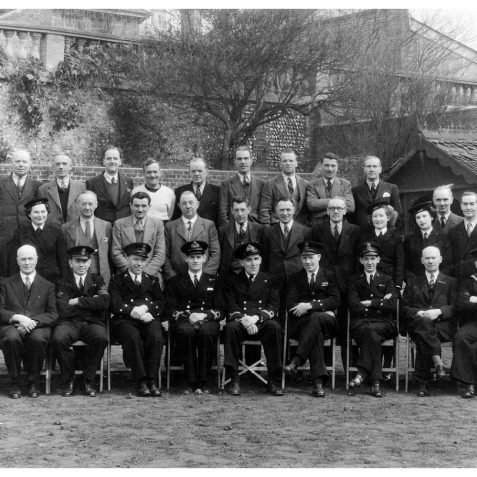 The staff of the Admiralty Wireless Telegraphy Training School, Brighton
From the private collection of Mrs. Maureen Stranger 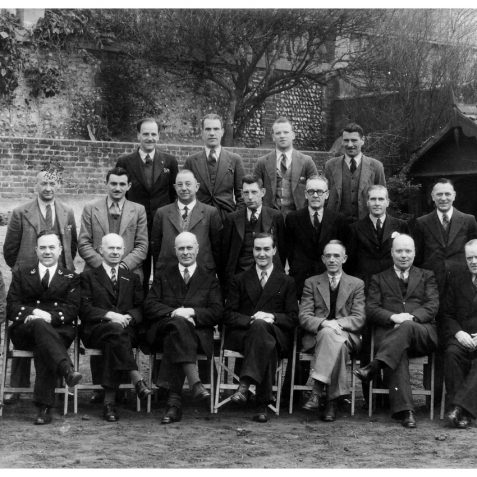 The instructor staff of the Admiralty Wireless Telegraphy Training School, Brighton, many of whom were former G.P.O. employees.
From the private collection of Mrs. Maureen Stranger 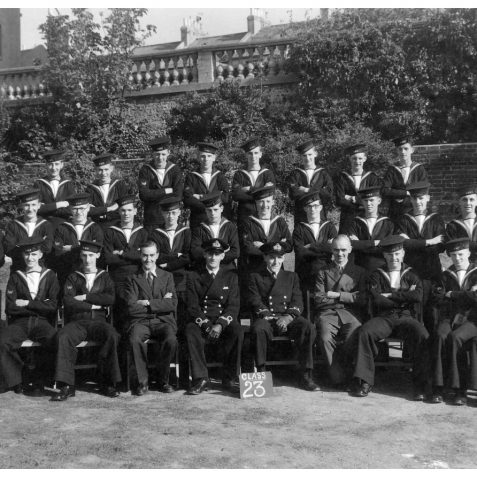 Class 23 passing out photo, the earliest one uncovered to date.
From the private collection of Mrs. Maureen Stranger 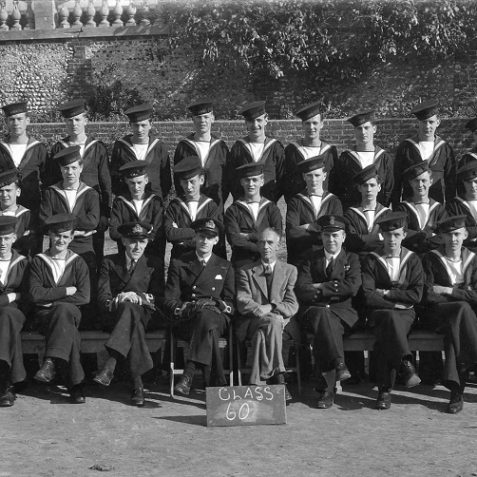 Class number 60 on passing out as trained Telegraphists (S) in the grounds of West House, c. summer 1943.
From the private collection of Tony Drury 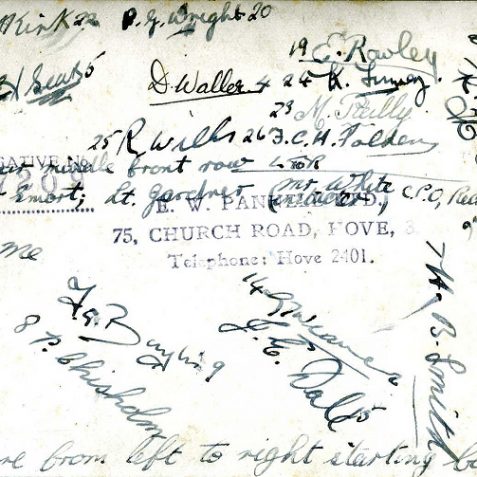 Back of the Class number 60 on passing out photo signed by all those preset.
From the private collection of Tony Drury 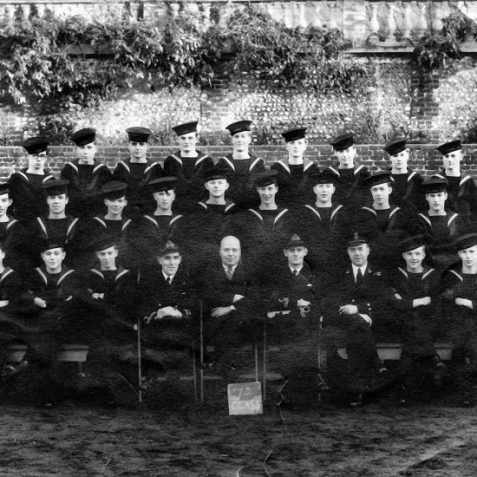 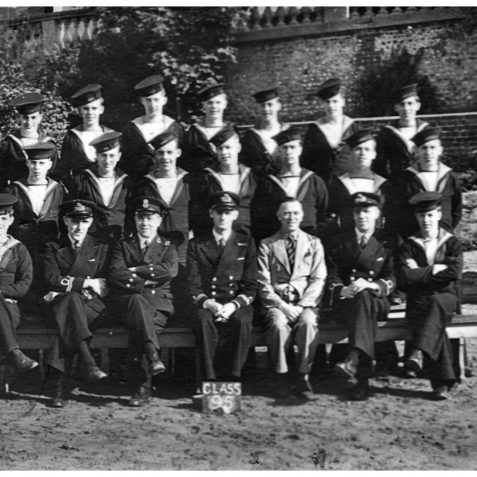 Class 95, the latest class to pass out that a photograph has been located for.
From the private collection of Mrs. Maureen Stranger

In April 1942 the Royal Navy Wireless Telegraphy Training School was opened in Brighton to train communications ratings and WRNS personnel. The school headquarters was established at 29 Queen’s Road with other sites in Brighton being requisitioned for the use of the school; the main instructional site was located in the former St. Dunstan’s property at West House, 12-14 Portland Place, Kemp Town. The St. Dunstan’s organisation, which cared for war-blinded ex-servicemen, had begun evacuating its premises in Brighton in the autumn of 1940 when the south coast of England became a dangerous place to be after the fall of France in June. The residential care home that was West House was relocated to Melplash Court in Dorset.

The HQ and West House buildings were known by the names Brighton I and Brighton II but the unit was never commissioned with an official ship’s name.  The school was most likely a dispersed sub unit of the main RN Signals School, HMS Mercury, at East Meon, near Petersfield, Hampshire.

Ratings attending the school undertook their initial training at West House and were billeted locally in Kemp Town. Telegraphist Clifford Dennison who attended course 72 during 1943 recalls that he was billeted, along with seven others, with a Mrs Morris at 18 Broad Street during his first stint at the school. Training was undertaken by instructor officers and Mr White, a former G.P.O. employee with specialist skills. 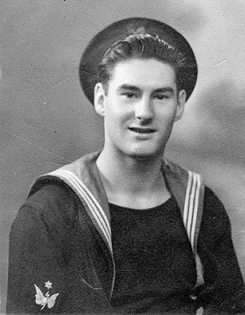 Beginning in November 1943 a wireless telegraphy school was established at St. Bede’s Preparatory School, Eastbourne. On completing the initial phase of training in Brighton ratings transferred to Eastbourne for specialist training. In the case of Telegraphist Dennison this was training to interception of Japanese Morse code. From Eastbourne ratings returned to Brighton to finish off and be passed out as Special Operators and rated Telegraphist (S).  Clifford Dennison and others were billeted at 21 Lower Rock Gardens on their return. Passing out classes had a group photograph taken, this was on waste ground adjacent to West House.   From Brighton ratings were drafted to other units, Clifford was sent to Ceylon to intercept Japanese military messages.

The school was closed after V-E Day 1945, and appears to have moved to a location in Wimbledon; work began to clean up and prepare West House for the return of its owners St. Dunstan’s as soon as the school had finished relocating. St. Dunstan’s was able to move their permanent residents back from Melplash and reoccupy the building in July 1945. At some point after this the name was changed from West House to Pearson House.

For more photographs of classes passing out visit my other web page click here.