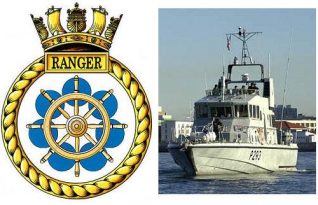 Sussex URNU is one of 14 units located on or near university campuses around the UK which aim to foster interest in the sea and to educate undergraduate students of the need for, and the role of, the Royal Navy, whilst preparing them for positions of responsibility in general. It does this through a balance of presentations, seamanship training, and practical leadership training both ashore and at sea, outside lecturers, acquaint visits to naval and military units and establishments, adventurous training and sport.

Membership of Sussex URNU is open to undergraduate students of the University of Sussex, the University of Brighton, and the Brighton and Sussex Medical School (BSMS), providing training for a maximum capacity of 51 students; the unit aims to recruit between 15 and 25 new members from each years Freshers intakes. Upon being accepted into the unit trainees are given the honorary rank of Midshipman in the Royal Naval Reserve (they cannot be called for active service and they can resign at any stage) and can serve for 3 years. During term times “Drill nights” are held on Thursdays, with sea training periods on some weekends for up to 12 students at a time in the Unit’s 60 ft Fast Patrol Boat HMS ‘Ranger’.

The Officer-in-Charge (OiC) of the Unit is a full time Royal Navy officer, who is also Commanding Officer of HMS ‘Ranger’, and he/she is assisted by the Unit’s Coxswain (a Royal Navy Chief Petty Officer).

Unit History:
Sussex URNU was technically founded in the summer of 1990, based out
of the HMS ‘Sussex’ offices in Shoreham. The unit’s first Commanding Office was Lt Ben Falk RN.

To facilitate sea training the ‘Archer’ Class P2000 training craft, HMS ‘Pursuer’, was given to the URNU when it was founded, at that point had been attached to HMS ‘Sussex’ together with the River Class minesweeper HMS ‘Arun’, (it was considered sufficient for the RNR unit to have only one ship). HMS ‘Pursuer’ remained berthed at the HMS ‘Sussex’ facility however and (to begin with) was shared by the URNU and the RNR.

With the closure in 1994 of HMS ‘Sussex’ the training vessel HMS ‘Pursuer’ moved from Shoreham to HMNB Portsmouth. In late 2002 ‘Pursuer’ and her sister ship ‘Dasher’ were reallocated to Cyprus to form a new “Cyprus Squadron” to protect Allied Shipping in the run up to the 2nd Gulf War; this task was subsequently widened and she did not return to the UK until 2010; both ships are now based in HM Naval Base Clyde in Scotland. ‘Pursuer’ last conducted Sussex URNU training time in November of that year. To replace ‘Pursuer’ the M.O.D. allocated another P2000 vessel, HMS ‘Ranger’ which returned to the UK in late February 2004 from duties which the “Gibraltar squadron” (previously one of the only 2 non- P2000s not allocated to one of the 14 URNUs around the UK ).

After a refit to make her fit for URNU role, ‘Ranger’ entered service as Sussex URNU’s P2000 in May 2004. Since taking over her role she has visited Brighton, Shoreham and Newhaven on numerous occasions, and her Ship’s Company attend either the Newhaven or Brighton services every Remembrance Sunday.

More details about the recent activity of the ship, her current Commanding Officer, and news regarding the URNU can be found at the official Royal Navy website www.royalnavy.mod.uk.

Sources:
Thanks to Commanding Officer and Staff of Sussex URNU, for their kind assistance in the compiling of the units history.
HMS Ranger/Sussex URNU pages on the Ministry of defence web site.