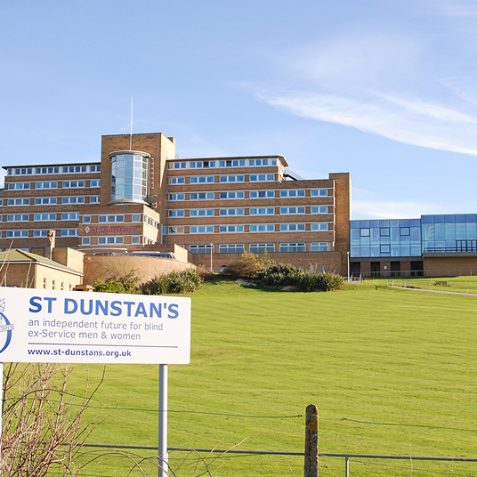 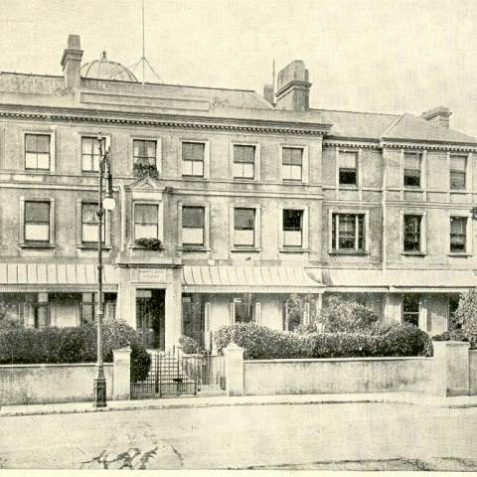 Portland House School, Brighton, c. 1905: At the time of this photograph it was an private school, probably taking a mixture of boarding and day pupils. Portland House was later merged with the two adjoining houses to form West House. At the end of the First World War it was acquired by the St. Dunstan's Institute for the Blind as a convalescent home. In 1957 it was renamed Pearson House and in 1971 the facade was preserved when the building was extensively rebuilt.
Image reproduced with kind permission from Brighton and Hove in Pictures by Brighton and Hove City Council 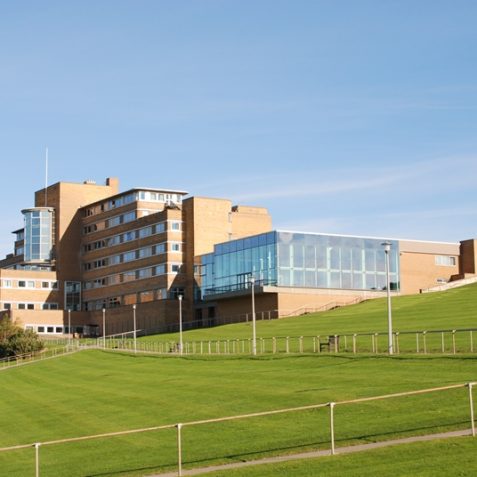 The St Dunstan’s Institute for men and women blinded on war service was founded by Sir Arthur Pearson in February 1915 at Bayswater Road, London, as the Blind Soldiers and Sailors Hostel, but such was the demand for places that it was soon removed to St Dunstan’s Villa in Regent’s Park (now the residence of the U.S. Ambassador) where it adopted its present title. By 1918 nearly 2,000 blinded men were being trained for work in the outside world, and other hostels and training schools were established both in this country and abroad. At the end of the war a convalescent home was opened in Brighton, at West House in St George’s Road (actually 12-14 Portland Place – see “East Cliff”) which was built in 1847; in 1957 it was renamed Pearson House. The facade of the listed building was preserved when the home was extensively restored and extended, reopening on 31 May 1973.

The building at Ovingdean Gap, known as Ian Fraser House, was built in 1937-9 to an International Modern design by Francis Lorne, with the foundation stone laid by Sir Arthur’s widow, Lady Pearson, on 6 September 1937. The seven-storey orange-brick building, with a glass bow and square tower, was modernised in 1974-5 and had a new south wing inaugurated in April 1975. It has twice been visited by Queen Elizabeth II and Prince Philip, firstly in 1962, and again in July 1985 in connection with the Institute’s seventeenth anniversary. This building is now used for training, holidays and convalescence, while Pearson House is principally for the elderly and sick.

The following resource(s) is quoted as a general source for the information above: 3,45,271,123