You are here: HomenextTopicsnextBrighton and Hove RevisitednextThe King and Queen public house

The King and Queen public house 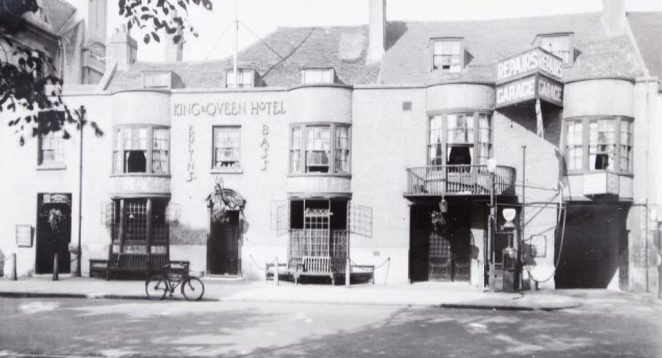 Originally a farmhouse stood on the site of the King and Queen public house in Marlborough Place. In 1779 the owners were granted a licence to sell liquor to the local agricultural community. When cricket matches and other sporting activities on The Level were instituted, its liquor selling business became very successful. Sales improved even more from the business of selling beer to the soldiers from the infantry barracks in Church Street. 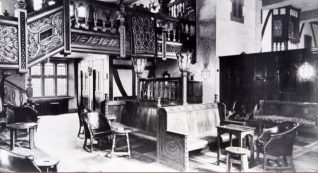 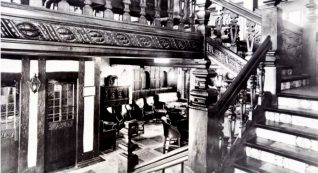 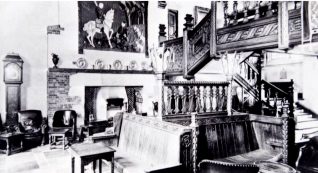 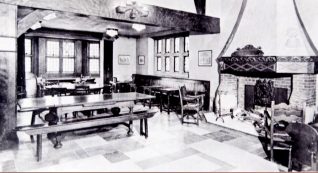 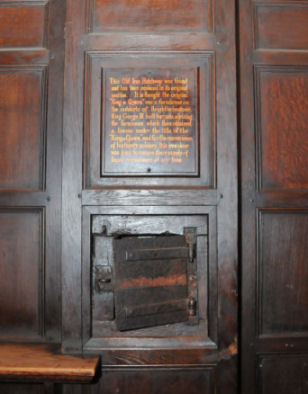 Serving hatch for the Infantry Barracks in Church Street

The inn was also the venue of the town’s corn market from the early nineteenth century until October 1868 when it was transferred to the Corn Exchange. The two-storey, bow-fronted Georgian building which had replaced the farmhouse, was itself replaced in 1931-2. The architects Clayton and Black rebuilt the public house as a Tudoresque facsimile. It contains seemingly authentic details such as carved oak timbers, tapestries and heraldic glass. The inn’s name originally referred to King George III and Queen Charlotte, but they were replaced in the new frontage by Henry VIII and one of his queens, a duo more appropriate for the new design.

The hatch which can be seen here on the left, was saved from the demolition of the old King and Queen building and replaced, when it was rebuilt. In 1793, fearing that Napoleon might invade England and take the shortest route to London by landing his troops near Brighton, a barracks for the infantry were built in Church Street. This hatch was originally fitted so that  ‘the thirsty soldiery were ensured their supply of liquid refreshment at any time‘. 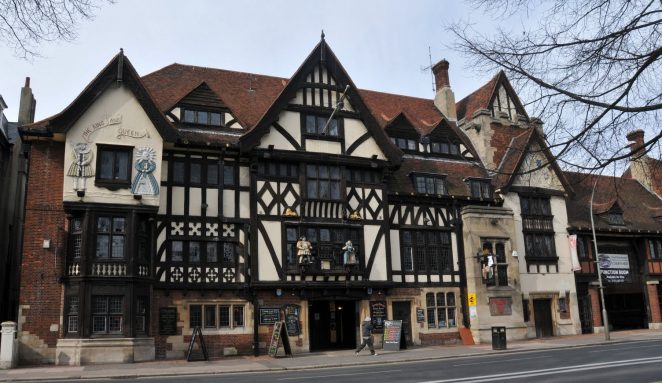