You are here: HomenextTopicsnextBrighton and Hove RevisitednextSexton's Bookshop: Ship Street

This was a very old established business and the year shown on the wall, 1868, is correct, for in that year James Thorpe opened his second-hand booksellers shop at 4 Union Street, just a few yards away. Later he moved his business to these premises; he was certainly in Ship Street by the 1890s.

The Thorpe family ran it until about 1955, when it was acquired by the Sextons. In this photograph it can be seen that they mention they are ‘Successors to J. Thorpe’. The lettering on the adjoining building was to advertise The Brighton Hove & Preston Building Society. 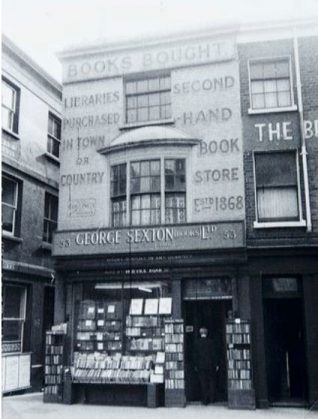 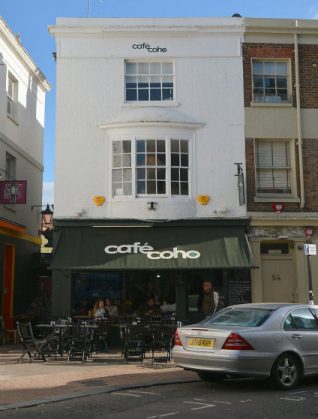 The premises photographed in 2012