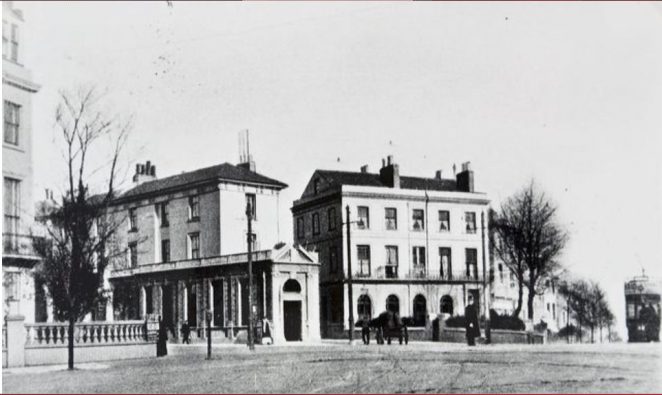 The photograph above is Seven Dials crossing, in January 1908. If you look closely you will see a policeman on traffic duty. It is difficult to believe that a policeman was needed to control traffic in those days. 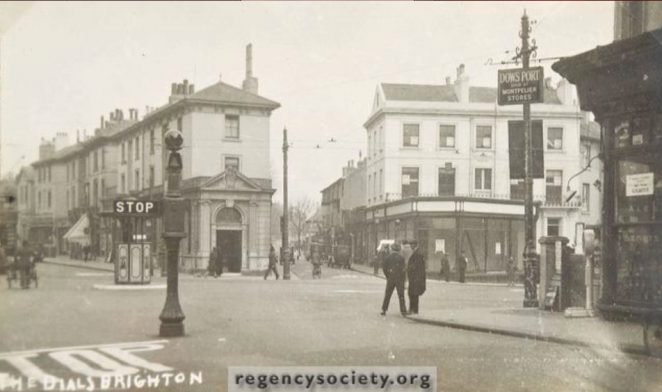 The above photograph was taken in late 1932. The traffic is now regulated by semaphore signals operated by the policeman who is safely ensconced in the box. 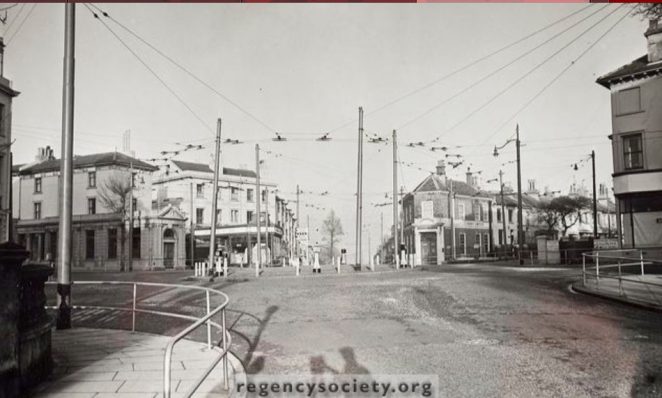 The view above is of Seven Dials in 1955, complete with lamp and trolley bus standards and guard rails. 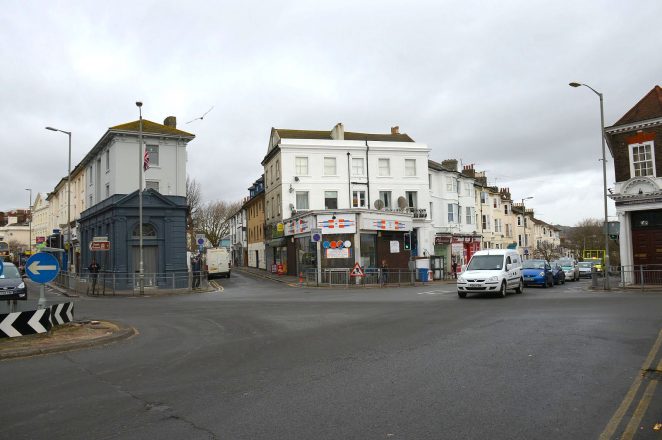 Photographed in 2013 this is the Seven Dials roundabout known as one of the most dangerous in the city. Let us hope that existing plans to improve this traffic nightmare are put in place soon.