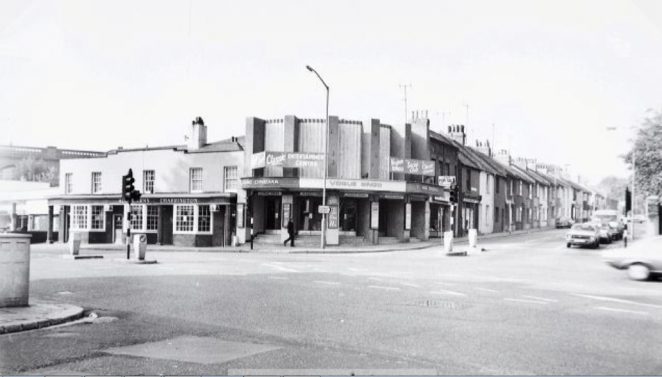 The site before demolition in 1983

Named after the cinema

The junction of Lewes Road, Bear Road , Hollingdean Road, and Upper Lewes Roads is known as the ‘Vogue Gyratory system’ after the former Vogue Cinema. Built as the Gaiety in 1937 in the grounds of the then Allen Arms, the cinema had a fifty-foot high neon-lit façade. In November 1965 it was renamed the Ace, and in January 1968 became a full-time bingo hall, but films were presented again from December 1969, and in 1971 the name was changed to the Vogue.

The building later became a pornographic film club with regular strip-tease acts, but in 1979 the 1,500-seat Vogue was renamed the Classic after that cinema in Western Road had closed, and it then closed itself in October 1980. The new road layout opened in the summer of 1984. The Sainsburys superstore opened on 23 April 1985 on the site of the railway viaduct and Arthur H.Cox’s pill factory, and won the 1985 Brighton Council design award with its ‘warehouse’ style, the arches of its walls echoing those of the former viaduct.

Do you remember the cinema? What films did you see there? What about the Vogue Gyratory? I am sure lots of you have comments to make about this. Please leave your comment below. 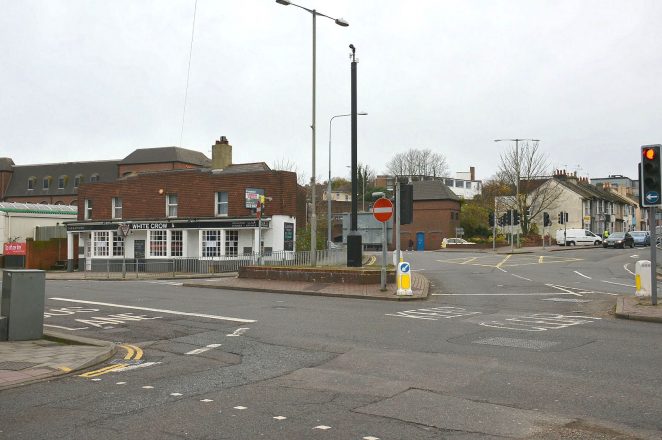 Part of the Vogue Gyratory today