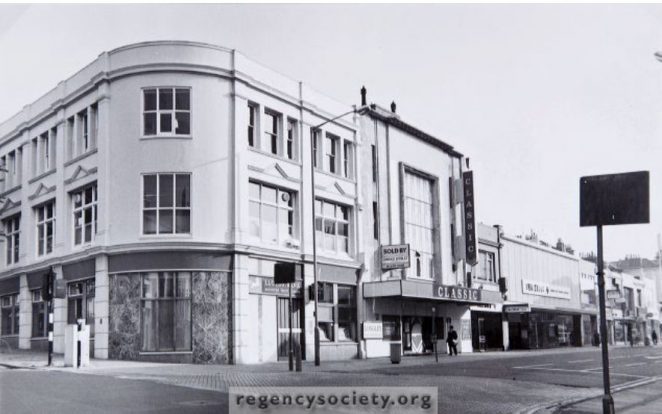 The Classic Cinema photographed in 1979

This photograph shows the Classic Cinema in 1979, just after it had been closed down. The last film shown was The Spaceman and King Arthur, (1978) Disney’s film adaptation of Mark Twain’s A Connecticut Yankee in King Arthur’s Court. There has been a cinema on this site since 1909, when it was opened in a converted shop and called ‘The Electric Bioscope’; at that time it only seated 50 persons.

The following year the shop next door was acquired and the cinema extended to seat 250 patrons; it was renamed the ‘Queens Electric Theatre’. Over the years it had many changes of owners and names and was extended and renovated many times.  In 1936, the cinema was renamed The Curzon and remodelled in Art Deco style which was maintained until its closure in August 1979; the Waitrose supermarket extended into the vacant site.

Do you remember the Classic Cinema? What films did you see there? How much did you have to pay for a ticket or an ice-cream? Please share your memories with us by leaving a comment below. 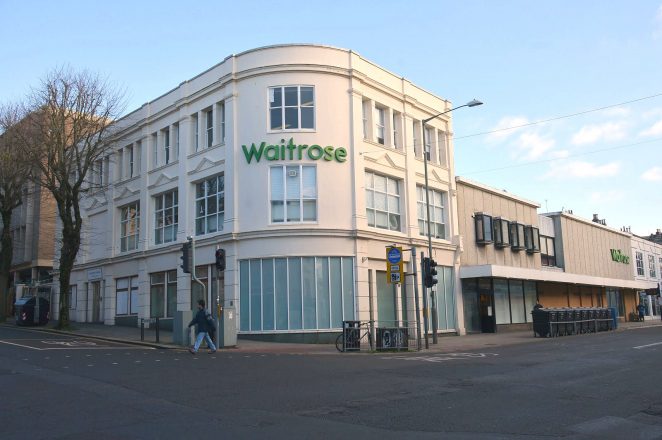 The site photographed in 2013