The picture shows a view into Norfolk Mews, looking northwards from the bend in Norfolk Street. It dates to around 1903 and about the only feature which is still discernible today is the back of the houses in Sillwood Street, showing behind the clock. 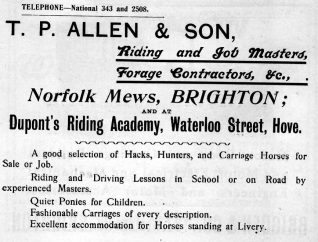 At the time the photo was taken, Thomas Patrick Allen was a Job-master and ran the Livery Stables there. Born in 1846 in Ledbury, Herefordshire he came to Brighton shortly after his marriage in 1880. Here he took over the Norfolk Hotel yard and stabling business from Isaac Silverthorne. A few years after the photo was taken Thomas’s son joined the business and the company took over the running of the renowned Dupont’s Riding Academy.

Upon the death of Thomas in 1916, his son continued for a brief period, but the business was in terminal decline at that time due to the advent of motor transportation. For a number of years the Mews served as the garages for the Norfolk Hotel, but have since been given over to residential development. 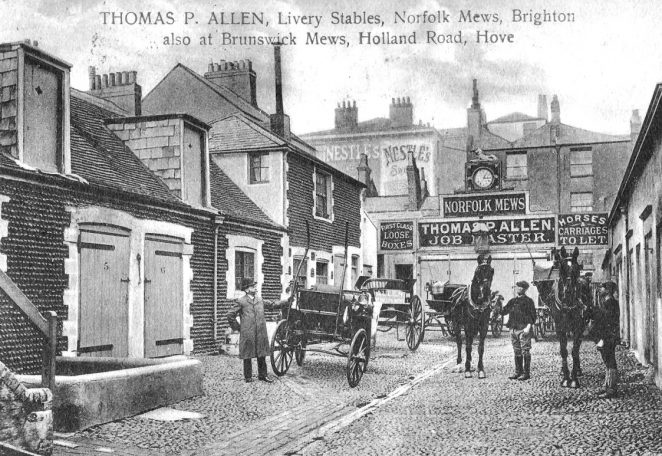 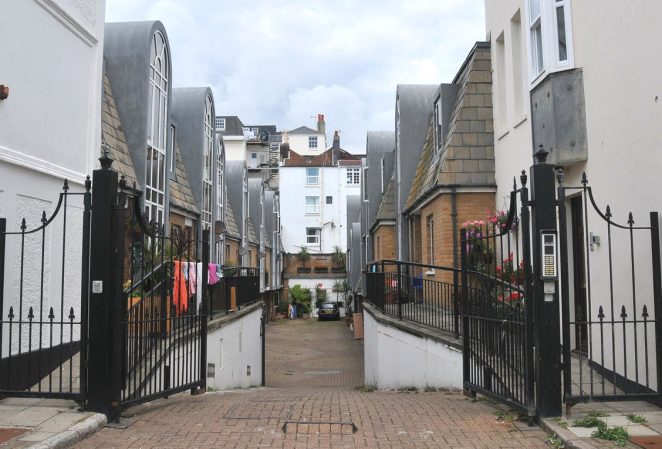