You are here: HomenextTopicsnextBrighton and Hove RevisitednextAvery's: St James's Street 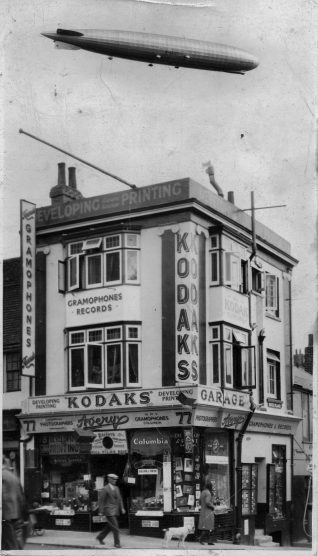 I was recently sent two very interesting photographs of the premises of Avery’s in St James’s Street by Brian Stothard. Brian worked for the proprietor Mr Avery from 1960 until the business closed in c1978.  Brian Stothard then ran the television side of the business from Garnet House in Kemp Town.

You will notice that the first photograph shows an airship hovering over the area. When I consulted Andy Grant our online local historian, he was able to discover that the ‘Graf Zeppelin’ LZ-127 passed over Brighton and Eastbourne on 31st August 1931.

Confirmation of the date

He also found that by enlarging the section at the front of the airship, it is possible to read the words ‘Graf Zeppelin’ and the serial letters in the centre of the craft. As the details in the photograph support that date, we can assume that this is a genuine image. 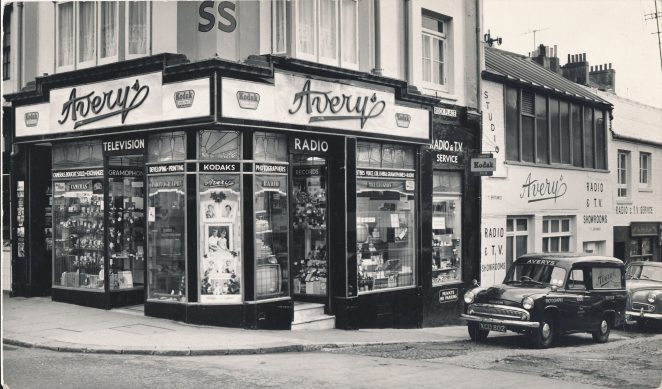 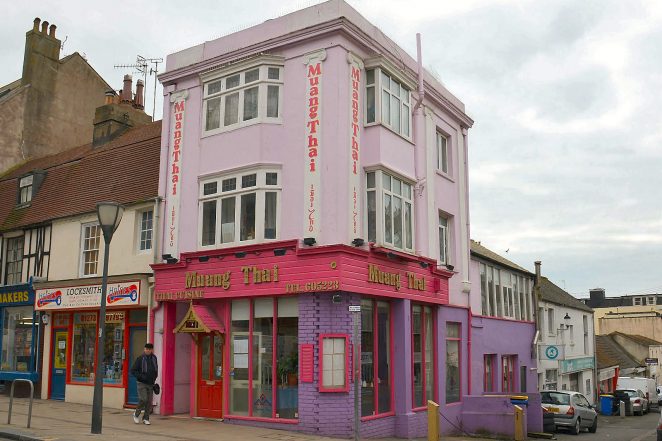 The premises photographed in 2013