You are here: HomenextTopicsnextBrighton and Hove Revisitednext102 St James's Street

These photographs show the premises of 102 St. James’s Street. The building is Grade II Listed and dates from sometime around 1810.

The building was originally numbered 85, changing to 102 around 1823. Although the shop had been used for many purposes over the years, it became a fishmongers around 1923, when James Blackman set up there.

From 1936 Frederick Gunn fishmonger, took over the shop and remained there for 45 years. When he left the premises remained a fish and chip shop, most recently being called “The Daily Catch”.

Do you remember Fred Gunn’s fish shop? When did you use it? If you can share your memories with us, please leave a comment below.

Click on a photograph to open a larger image in a new window. 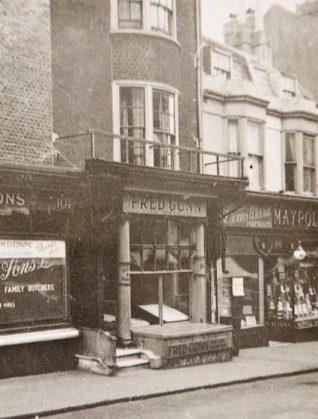 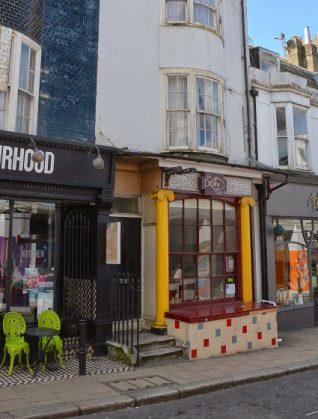