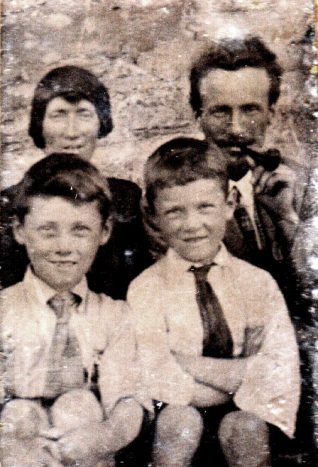 zoom
Photo of Thomas Fairchild, with his wife, Annie Elizabeth Fairchild, and their two sons c.1928 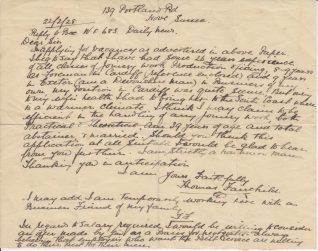 Thomas Fairchild moved to Brighton from Cardiff in around 1927, to search for work. His wife, Annie Elizabeth Fairchild, and three children joined him in 1928, shortly before he was killed in an accident on a building site in Edward Street. His wife was left with a new baby, two boys and very little money.

Shortly before his death, he applied for a job as a joiner.  It seems the application was unsuccessful, because there is no apparent connection between this application letter and the building site on which he was killed.

“I think I may claim to be efficient in the handling of any joinery work, both Practical & Theoretical, Am 39 years of age and total abstainer, & married. Should you think this application at all suitable I would be glad to hear from you further. I am strictly a non union man.”